Clyde & Co Briefing Note: Important Decision of the High Court of Australia on the interpretation of "Give Possession" under the Cape Town Convention

On 16 March 2022, the High Court of Australia gave judgment on the interpretation of the meaning of the obligation to "give possession" of an aircraft object under the Cape Town Convention in insolvency related circumstances. This is an important decision for the international aircraft finance and leasing community, as it provides judicial guidance from a final appellate court regarding the Cape Town Convention’s requirements relating to obtaining "possession" of aircraft objects when the debtor is insolvent in a Cape Town Contracting State.

The High Court of Australia decided that providing the creditor lessor with an opportunity to take possession of an aircraft object, wherever it was then located, was sufficient for a debtor airline in insolvency to comply with the obligation to "give possession" under the Cape Town Convention. Such obligation to "give possession" did not require the debtor airline, in the circumstances, to go further and redeliver the aircraft objects to the creditor lessor at a specified location in accordance with the contractual terms of the relevant lease agreements.

VB Leaseco Pty Ltd. ("VB Leaseco"), a company under the Virgin Australia group, leased aircraft engines (the "Aircraft Engines") from Wells Fargo Trust Company, National Association (in its capacity as owner trustee, "Wells Fargo") under various lease agreements. The beneficial owner of the Aircraft Engines was Willis Lease Finance Corporation ("Willis Lease"). Each lease agreement between VB Leaseco and Wells Fargo (collectively, the "Lease Agreements") set out the rights of Wells Fargo upon the occurrence of an event of default, including the right to require VB Leaseco to redeliver the Aircraft Engines to a location in Florida specified by Wells Fargo. Such redelivery conditions and procedures were the same as those required upon the expiration or termination of the Lease Agreements.

The Convention and the Aircraft Protocol are given force and effect in Australian law under the International Interests in Mobile Equipment (Cape Town Convention) Act 2013 (Cth).

Article 10 of the Convention sets out the remedies available where an event of default occurs under a lease agreement. These include that a lessor may (1) terminate the contract and take possession or control of the equipment or (2) make an application for a court order to authorise those acts.

Article IX(3) of the Aircraft Protocol provides that any remedy given by the Convention in respect of an aircraft object shall be exercised in a “commercially reasonable manner”.

For the Administrators to "give possession" they are to “take whatever steps may be necessary to provide an opportunity for the exercise of the right to take possession which the creditor has under Article 8 or 10 of the Convention".3 Unlike Article IX of the Aircraft Protocol, Article XI(2) of the Aircraft Protocol does not give any additional remedy to procure de-registration, export and physical transfer of the aircraft object from the territory in which it is situated to a creditor.4

Accordingly, the Administrators' invitation to Willis Lease, and in effect to Wells Fargo, to take control of the Aircraft Engines where they were situated in Australia fulfilled the obligation to "give possession" imposed on the Administrators and VB Leaseco under Article XI(2) of the Aircraft Protocol. Such invitation allowed Wells Fargo to exercise its right to take possession under Article 10 of the Cape Town Convention in a commercially reasonable manner.7

In the present case, the obligation to "give possession" under the Cape Town Convention was to provide the opportunity to take possession wherever the Aircraft Engines were then located and did not extend to requiring redelivery to a specified location as was required under the relevant Lease Agreements.

This is a landmark decision for the global aviation industry as it is the first judgment of a final appellate court which interprets the meaning of the obligation to "give possession" in the Cape Town Convention. The decision reached on appeal is not only relevant to airlines, lessors and other aircraft finance and leasing industry participants operating in Australia, but will be of interest and provides judicial guidance to all industry participants located or operating in Cape Town Convention Contracting States.

1Goode, Convention on International Interests in Mobile Equipment and Protocol Thereto on Matters Specific to Aircraft Equipment, Official Commentary, 4th ed (2019), as approved for distribution by the UNIDROIT Governing Council pursuant to Resolution No 5 adopted by the Cape Town Diplomatic Conference.

Clyde & Co LLP accepts no responsibility for loss occasioned to any person acting or refraining from acting as a result of material contained in this summary. No part of this summary may be used, reproduced, stored in a retrieval system or transmitted in any form or by any means, electronic, mechanical, photocopying, reading or otherwise without the prior permission of Clyde & Co LLP. 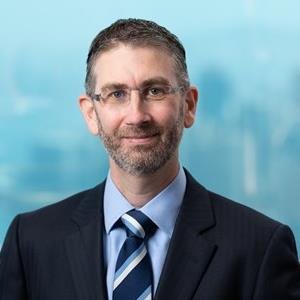