With strike action planned and expected to hit both the Ports of Felixstowe and Liverpool in the coming days, the UK supply chain faces the threat of ever-increasing pressure and disruption. Some 1,900 workers at Felixstowe plan to stop all operations between 21 and 29 August 2022 and whilst dates are yet to be confirmed for Liverpool, press reports suggest that up to some 500 workers will strike there to coincide with the Felixstowe walk out. If the strike action goes ahead, this will significantly impact port operations including the arrival of at least 10 vessels at Felixstowe and 5 vessels at Liverpool over the eight-day period. Those arrivals include Evergreen, MSC, OOCL, COSCO and Maersk container vessels alongside a number of bulk and tanker vessels.

Whilst a delay of eight days in the scope of a 30 to 40 day voyage is not exceptional and will not necessarily cause physical damage to all cargo, the knock-on effects, including delay, could last considerably longer.

With this industrial action and the threat of further industrial action, together with congestion and delay ever increasing across the globe, it is of paramount importance for both cargo interests and their insurers to review their underlying commercial contracts, contracts of carriage and marine cargo policies with a view to managing and limiting potential exposures. In this article we briefly consider whether resulting losses or additional expense may be covered under a marine cargo policy, what the carrier’s obligations and liabilities are when faced with strikes and delays and what they may do with the cargo in the event that they cannot access the intended port of call either within a reasonable period of time or at all.

As a general rule of thumb, and notwithstanding “All Risks” cover often being afforded, Strike Risks are expressly excluded from the vast majority of marine cargo policies, specifically under Clause 7 of the Institute Cargo Clauses (A), (B) and (C) which provides that:

“7. In no case shall this insurance cover loss damage or expense

The only positive cover in relation to damage arising from Strike action may be afforded through the inclusion of the “buy back” Institute Strikes Clauses (Cargo).

It should be noted that Clause 3.7 of the Institute Strikes Clauses (Cargo) sets out a very specific exclusion, that being for:

“loss damage or expense arising from the absence shortage or withholding of labour of any description whatsoever resulting from any strike, lockout, labour disturbance, riot or civil commotion”.

The exclusion of “withholding of labour” means that cargo interests will not be covered for consequential loses which may arise from the strike action alone.

The insurance will only cover physical damage caused to the cargo by the strikers themselves, not damage relating to or resulting from the actual strike action. There is no cover afforded for loss of the adventure, which includes situations where the goods still exist and are neither lost nor damaged but have failed to reach their market.

The risk of delay is also generally excluded from cover unless expressly agreed. The exclusion under Clause 4.5 of the ICC(A) (B) and (C) wordings reads as follows: -

“4. In no case shall this insurance cover

4.5 loss damage or expense caused by delay, even though the delay be caused by a risk insured against (except expenses payable under Clause 2 above*)

*relates to general average and salvage charges only

In light of the above and in the event that cargo is damaged as a result of the strike action and/or consequential financial losses are suffered as a result of any resulting delay, it is unlikely that a standard marine cargo policy will respond. However, due consideration must be made as to the exact cause of any resulting damage and a review made of any additional policy wording which seeks to change the default cover in the assured’s favour.

Consideration must also be given to what the carrier’s obligations are when dealing with matters affecting performance such as strike action. Cargo interests and/or subrogated insurers will also want to know whether they have any right of recourse against the carrier if the cargo is delivered to an alternative destination resulting in extra expense and/or is damaged or lost.

As a starting point it should be noted that Article IV of the Hague/Hague Visby Rules stipulates that:

“2. ”Neither the carrier nor the ship shall be responsible for loss or damage arising or resulting from ..

(j) Strike or lockouts or stoppage or restraint of labour from whatever cause, whether partial or general";

(4) “any deviation in saving or attempting to save life or property at sea, or any reasonable deviation shall not be deemed to be an infringement or breach of the Rules or contract of carriage”

It should also be noted that both the Hague and Hague Visby Rules are silent in relation to the carrier’s liability for delay. Under English law it will be a matter of construction of the contract, and consideration must be given to what the reasonable contemplation of the parties was at the time the contract was made.

Shipping lines do need to carefully manage their operations and maintain their voyage schedules as far as possible. As part of this, under a Bill of Lading or contract of affreightment the contractual carrier will seek to incorporate a number of clauses which provide them with flexibility and protect their position in relation to actual or potential breaches of contract if they are unable to deliver the cargo to the port of destination named on that BOL or contract of affreightment either at all or within a reasonable period of time. The carrier will also seek to include a degree of liberty to alter the method and routes of carriage and will seek to exclude and/or limit their liability for any delay in delivering the goods, as against advertised or estimated voyage times.

An example of such a clause is Clause 14(C) of the BIMCO Liner Bill of Lading “Conelinebill 2000” which reads as follows:

“14 (c) Should it appear that epidemics; guarantine; ice; labour troubles, labour obstructions, strikes, lockout (whether onboard or on shore); difficulties in loading or discharging would prevent the vessel from leaving the Port of loading or reaching or entering the Port of discharge or there discharging in the usual manner and departing therefrom, all of which safely and without unreasonable delay, the Master may discharge the cargo at the port of loading or another safe and convenient port.

(d) The discharge, under the provision of this Clause, of any cargo shall be deemed due fulfilment of the contract of carriage.

(e) If in connection with the exercise of any liberty under this Clause any extra expenses are incurred, they shall be paid by the Merchant in addition to the freight, together with return freight, if any, and a reasonable compensation for any extra services rendered to the cargo.”

Issues may arise as to what is to be construed as being “reasonable deviation” and what constitutes a safe and convenient port. Each case will need to be assessed on its own facts. It is conceivable, however, that a safe and convenient port of call for the Felixstowe bound cargo could be a port in mainland Europe. This will inevitably result in increased transhipment/forwarding costs being incurred. Those costs could be considerable, specifically if there is extra demand placed upon already stretched services. Those costs may also be payable under a marine cargo policy, either as sue and labour expenses, if the loss or damage arises from an insured risk, or under bespoke forwarding charge provisions. Again, each policy should be reviewed in light of the specific facts of each case.

Port disruption caused by strike is unlikely to frustrate the contract of carriage. If necessary, and should the delay become indefinite or prolonged, the carrier may need to and may have sufficient liberty to divert from the intended voyage and discharge the cargo at an alternative port. The cost of onward shipment will then fall upon the cargo interest, who may or may not be able to recover those costs from their insurers. That will be heavily dependent upon the terms of the specific policy and what additional cover and extensions have been purchased, if any.

In every case, establishing what contractual provisions, liberties and obligations exist under each contract of carriage, is an important consideration, as is a full and proper understanding of what is covered and what is expressly excluded under a marine cargo policy. The delay, inconvenience and extra expense caused by the proposed strike action could be significant and far reaching. Whilst the situation remains fluid and a resolution may be reached, both cargo interests and insurers need to be alive to the potential issues.

If you have any questions about the issues raised in this article, we are happy to discuss these with you. 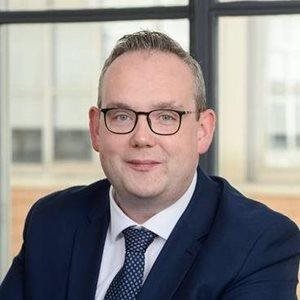