On 13 September 2022, the Director of the International Cooperation Department of the UAE Ministry of Justice (MOJ) issued a letter to the Director General of the Dubai Courts regarding the enforcement of English Court judgments in the UAE (the MOJ Letter).

The MOJ Letter referred to the English case of Lenkor Energy Trading DMCC v Puri (2020) EWHC 75 (QB) (Lenkor), in which the English High Court decided to enforce a judgment of the Dubai Courts, and called upon the Dubai Courts to take this into account when considering applications seeking the enforcement of judgments and orders issued in the courts of England and Wales (the English Courts).

What is the current position?

In our experience, enforcing foreign judgments or orders through the Dubai Courts can be challenging due to the requirement for (amongst others) proving reciprocity of enforcement between the countries in question. Whilst there is a treaty between the UAE and the UK on judicial assistance in civil and commercial matters (the Treaty) [1], there is no treaty for the mutual recognition and enforcement of court judgments between the two countries.

In a somewhat landmark decision, Lenkor was successful and the English High Court ordered to enforce the Dubai Court Judgment. The High Court’s decision was upheld by the English Court of Appeal in 2021 and the defendant’s further appeal to the UK Supreme Court was refused permission. The absence of a Supreme Court judgment on this issue may not be a significant factor for the purposes of establishing reciprocity in the UAE.

The MOJ Letter refers to the Treaty (and specifically, the lack of reference to enforcement of foreign judgments in the Treaty), Article 85 of the Executive Regulations, and the decision made by the English High Court in Lenkor. It then goes on to state:

Whilst we have seen some market commentary suggesting the MOJ Letter confirms that the Dubai Courts will now enforce English Court judgments, it perhaps does not go that far; its status appears to be not more than a non-binding ‘suggestion’ to the Dubai Courts on how they might apply the law in relation to such enforcement. It does not necessarily mean that English Court judgments will now be readily enforced in Dubai, although that appears to be the MOJ’s ambition in making the suggestion and it arguably does increase the likelihood of successful enforcement in general terms.

It is also noteworthy that the letter is addressed to the Dubai Courts only, and not the Federal Courts or Courts of other Emirates, so their stance remains to be seen; some may even argue that the MOJ’s acceptance that reciprocity is a requirement for enforcement and has been established in Dubai may give rise to an argument that the other UAE Courts may decline to enforce on the basis reciprocity has not been established between those courts and the English Courts. As such, in our view, applications to the UAE Courts to enforce judgments or orders of the English Courts will still need to satisfy the requirements of Article 85 of the Executive Regulations, including the need to prove reciprocity of enforcement between the two countries.

Nevertheless, this is a significant development and another positive step forward in Dubai (and potentially the UAE by extension) becoming more pro-enforcement, which provides encouragement to creditors and others seeking to enforce English Court judgments in the UAE. We are aware that the Dubai Court of First Instance and Court of Appeal have within the past 12 months in at least one case ordered recognition and enforcement of a judgment issued by the English Courts, which may well be upheld by the Dubai Court of Cassation.

We are experienced in advising and acting for clients seeking enforcement of foreign judgments, orders, and arbitration awards in the UAE Courts (including the Courts of the Dubai International Financial Centre and the Courts of the Abu Dhabi Global Market).

[1] Treaty between the United Arab Emirates and the United Kingdom of Great Britain and Northern Ireland on Judicial Assistance in Civil and Commercial Matters (which entered into force on 2 April 2008). 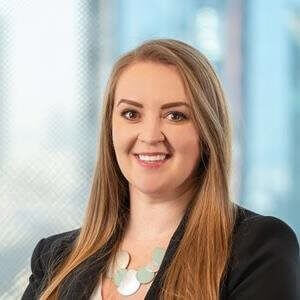