The ability of an individual to recover damages for distress, mental anguish, injured feelings and anxiety has traditionally been limited. There is still no mainstream doctrine allowing recovery for pure distress but there are isolated pockets of which underwriters need to be aware.

There are four reasons why we see distress as an emerging risk for liability insurers:

The existence of a privacy tort was roundly rejected by the English courts as recently as 2004. By 2015, this had all changed. Inspired by the European Convention on Human Rights (ECHR), the new tort of misuse of private information is now frequently deployed. It has proven to be a favourite of celebrities. They seek to rely upon the tort where their phones are hacked or where, as in the case of Meghan Markle, their private letters are shared. Crucially, however, it is increasingly deployed in mass tort scenarios. Data subjects allege a breach where their browsing history is collated and shared without their consent: see Vidal-Hall v Google (2015) or Lloyd v Google (2021). Thousands of claimants can allege a tortious misuse where private information is uploaded to a publicly accessible file-sharing website. The courts have confirmed that the mere interference with a claimant’s privacy may give rise to a claim even absent any distress.

Claims under the Data Protection Act 1998 saw fairly anaemic growth in the years following its enactment. However, since 2015 and the decision of Vidal-Hall v Google (2015) an individual has been able to claim compensation for distress caused by a breach of the DPA 1998. Such claims are now commonplace in the wake of major data breaches and the express recognition of distress as recoverable damage under the Data Protection Act 2018.

It is not only that English law is moving in a continental direction. European jurisprudence on distress is itself being stretched.

Article 8 of the ECHR guarantees the right to private life. In a recent case brought by a social worker, the European Court of Human Rights awarded EUR24,000 for anxiety and distress after a family court judge made accusations of professional misconduct: see SW v United Kingdom (2021). This is a novel decision. The implications for public bodies and their insurers are potentially significant.

In the data protection sphere, Article 82 of the EU’s General Data Protection Regulation (GDPR) provides a statutory right for compensation for ‘material or non-material damage’. The sale by the Austrian post office of information relating to the political affiliation of the Austrian population is testing the uncertain threshold for non-material damage: see UI v Österreichische Post AG.  The claimant seeks damages for discomfort. The matter has been referred to the European Court of Justice (ECJ) to determine whether:

In an opinion dated 6 October 2022, Advocate General Campos Sánchez-Bordona recommended that the ECJ answer ‘no’ to the first question and ‘yes’ to the second. Whilst influential, this opinion is not binding on the ECJ. The Advocate General also acknowledged that:

In his view, it should ultimately be up to the national courts to determine when ‘owing to its characteristics, a subjective feeling of displeasure may be deemed, in each case, to be non-material damage’.

It will be interesting to see the ECJ’s eventual decision and whether it endorses this patchwork approach.

Many general liability wordings were written when:

A. the privacy tort was either not recognised or in its infancy; and

It is therefore important for insurers to consider their injury definitions. Some wordings expressly include ‘distress’, ‘mental anguish’ or ‘anxiety’. Numerous insurers also grant cover for an ‘invasion of privacy’.

Such language could lead to unintentionally large exposures and overlap with extensions offering DPA / GDPR cover. Individual awards may be small but multiplied across thousands of claimants could result in large settlements or judgments.

It will be important to monitor the growing body of claims for distress based on a breach of the tort of misuse of private information or the DPA 2018. For international wordings offering GDPR cover, the ECJ’s upcoming ruling in the Austrian post office case will be of significant interest. Looking further ahead, it is possible that the emerging pockets may eventually lead to a general duty in English law to avoid negligently causing distress. 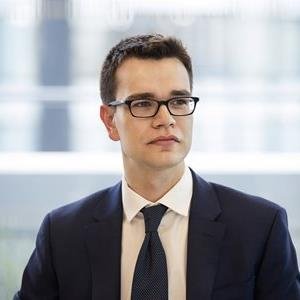