In the event that parties to an arbitration consider that their arbitral Tribunal has acted ultra vires or in excess of their powers, the English Arbitration Act 1996 (the “Act”) allows them to apply to challenge any Award made by that Tribunal.

The challenge can be brought on the following grounds:

This article considers recent challenges brought under the Act where the Commercial Court found that the arbitral Tribunals had not acted in excess of their powers.

The judgments highlight that a Section 68 challenge can only be successful if the Court is satisfied that a substantial injustice has or is likely to arise out of a serious irregularity. That being said, in a recent 2022 decision (summarised at the end of this article), the Court was minded to allow the challenge, and remit the Award to arbitration, despite the fact that no substantial injustice had been created.

The Claimant applied to set aside an Interim Payment Order (IPO) made by the Tribunal under Article 34 of the UNCITRAL Rules, pursuant to sections 67 and 68(2)(b) of the Act.

The Claimant also argued that the IPO was “tainted with serious procedural irregularity” because the arbitrators’ impartiality had been called into question by the decision to admit two late witness statements into the proceedings without allowing the parties to cross-examine the new statements.

The Court found that the admission of late witness statements did not constitute bias, and that although the arbitral powers challenge was not successful under the Act, the Tribunal had exceeded its powers under Article 34 of the UNCITRAL Rules.

Section 67 of the Act was not engaged because an application to set aside the IPO did not amount to a challenge to the Tribunal’s substantive jurisdiction. There was no question that the Tribunal had been validly constituted in accordance with a valid arbitration agreement.

Rather, if a valid challenge was to be made out as to whether the Tribunal had the power to make an IPO, the Court considered that it would be under Section 68 on the grounds of serious irregularity.

The Court commented obiter that it would have upheld a Section 68(2)(b) challenge on the narrow ground that the Tribunal had exceeded its powers under Article 34 of the UNCITRAL Rules (“All awards shall be made in writing and shall be final and binding on the parties”) because an IPO is not final in nature. Rather, the Tribunal’s power to make an interim payment is conferred under Article 26, UNCITRAL Rules.

The Claimant applied to have sections of an Addendum to an ICC Award set aside under Sections 67 and 68 of the Act, arguing that the Tribunal had exceeded its powers by amending and interpreting the Award it had made.

The challenge was refused under Section 67 of the Act because the Tribunal did have substantive jurisdiction to correct or amend its award. The Court said that the complaint could only be brought under Section 68 because the question put before it was whether the Tribunal went beyond what it was entitled to, when exercising the powers conferred upon it.

Under Article 35 of the ICC Rules, the Tribunal is empowered to correct “clerical, computational or typographical errors” or “any errors of a similar nature”, or the “interpretation”. The Court found that the Addendum made corrections of “a similar nature” to clerical errors, and that it was entitled to interpret the Award by the changes made in the Addendum, therefore, no serious irregularity had occurred. In any event, the threshold for a Section 68 challenge could not be met because the Addendum had caused no substantial injustice.

The Claimant brought a Section 68 challenge before the Commercial Court on the basis that the Defendant had been awarded its costs, including:

In doing so, the Tribunal had relied on a 2017 Commercial Court decision which found that litigation funding costs fell within the meaning of section 59 of the Act, these being costs that a Tribunal was entitled to include when making an Award.

The Court found that no Section 68 challenge had been made out since the Claimant had proceeded on the basis that the Tribunal had applied the wrong law, not that it had acted in a manner that had exceeded its powers.

In addition, the Claimant argued that serious irregularities had arisen as a result of the Tribunal’s failure to comply with its duty under Section 33 of the Act, to act fairly and impartially. The irregularities were caused by the COVID-19 pandemic, namely the implementation of various restrictions which prevented the parties’ expert witnesses from conducting a site visit, and the Claimant’s leading counsel being unable to conduct the hearing (which still went ahead).

The challenge failed because:

In this interesting decision, the Court found that a serious irregularity had occurred such that Section 68 of the Act had been triggered, despite the fact that the test for the substantial injustice had not been met.

The serious irregularity flowed from the Tribunal’s decision to grant the Respondent in the appeal a full indemnity in the final Award, when the issue had not formed a part of the pleaded case at the merits hearing, but the point was only raised in their post-partial final award submissions. The Claimant argued that it had been denied the opportunity to present its case on the issue.

On the question of whether the Claimant had suffered or was likely to suffer a substantial injustice as a result of the serious irregularity, the Court considered that any injustice could be cured as a result of a re-hearing under Section 69 of the Act (which entitles a party to appeal on a question of law arising out of an Award).

Nonetheless, the Court decided to remit the award to the Tribunal, under Section 68(3)(a) of the Act, on the basis that a serious irregularity had occurred because the Claimant was entitled to a “legitimate litigation expectation” of being able to present its case at a single hearing. It was, therefore, appropriate for the tribunal to rule on the indemnity claim in full. 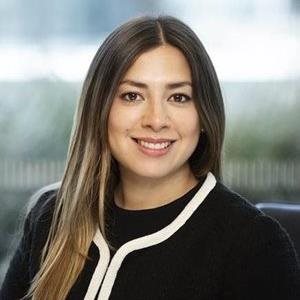