A special feature of arbitration and a major reason for its popularity among business partners is certainly the possibility to appoint arbitrators that are more suitable to decide on the dispute. In the first place, it is, usually, the parties that are asked to nominate the arbitrator(s).

This practice traces back to the origins of arbitration and its rather fundamental for its existence and the future of international arbitration. Nonetheless, the process is not always without problems that are sometimes so difficult to resolve that the involvement of a third party, such as an arbitration institution or a state court becomes necessary. This article examines the process of the appointment of arbitrators under the arbitration rules of International Chamber of Commerce (ICC) and the German Arbitration Institute (DIS) as well as in the ad hoc arbitration with seat in Germany.

Arbitrator Appointment under the ICC Arbitration Rules
The ICC Arbitration Rules stipulate in Article 11 what is rather obvious, namely that every arbitrator must be and remain impartial and independent of the parties involved in the arbitration. To ensure that, before appointment or confirmation, a prospective arbitrator shall sign a statement of acceptance, availability, impartiality and independence and disclose in writing any facts or circumstances which might be of such a nature as to call into question the arbitrator’s independence in the eyes of the parties, as well as any circumstances that could give rise to reasonable doubts as to the arbitrator’s impartiality. The same obligation burdens the arbitrators also during arbitration.

Against this background, the ICC Rules regulate in Articles 12 and 13 the constitution of the arbitral tribunal. These provisions are applicable provided that the parties have not agreed otherwise.

It is worth mentioning that, in accordance with the ICC Rules and notwithstanding any agreement by the parties on the method of constitution of the arbitral tribunal, in exceptional circumstances, the Court may appoint each member of the arbitral tribunal to avoid a significant risk of unequal treatment and unfairness that may affect the validity of the award.

The nomination and appointment of the arbitrators is further regulated in articles 10-13 of the DIS Rules with the whole procedure exhibiting only a few differences from the same procedure under the ICC Rules.

Every arbitrator must be appointed by the DIS, even when such arbitrator has been nominated by a party or by the co-arbitrators. Generally, the Appointing Committee is responsible for deciding on the appointment of arbitrators. The arbitral tribunal is constituted once all of the arbitrators have been appointed.

In the absence of an agreement regarding the appointment of the arbitrators, the higher regional court (Oberlandesgericht, OLG) designated in the arbitration agreement or, if no such designation was made, the higher regional court in the district of which the venue of the arbitration proceedings is located shall appoint the sole arbitrator upon a party having filed a corresponding petition, if the parties to the dispute are unable to come to agreement regarding his appointment.

From the above, it becomes obvious that, with respect to the appointment of arbitrators, in ad hoc arbitration, a state court undertakes the role that in institutional arbitration is fulfilled by the respective arbitration institute. As already mentioned, this might have an effect on the duration of the whole procedure, the costs and, naturally, the confidentiality as, as a general rule, proceedings before state courts are not confidential. The parties need thus to carefully consider whether they want to go this way should it comes down to a disagreement during the composition of the arbitral tribunal.

Undeniably, the right of the parties to nominate arbitrators belongs to the core of arbitration as an institution of the Alternative Dispute Resolution which is why it is recognised not only by the arbitration institutes but also by the law in Germany and other states that have, in particularly, adapted the UNCITRAL Model Law on International Commercial Arbitration of 1985 as state law. The nomination and appointment process is not to be taken lightly as, in certain cases, non-compliance with the agreed procedure may result in non-recognition of an award as confirmed by Article V para 1 lit. d of the United Nations Convention on the Recognition and Enforcement of Foreign Arbitral Awards (New York, 10 June 1958). In accordance with this provision, recognition and enforcement of the award may be refused, at the request of the party against whom it is invoked, if that party furnishes to the competent authority where the recognition and enforcement is sought, inter alia, proof that the composition of the arbitral authority or the arbitral procedure was not in accordance with the agreement of the parties, or, failing such agreement, was not in accordance with the law of the country where the arbitration took place.

Many experts argue that the parties to the dispute, as the actual stakeholders, are better placed to choose the right individuals to act as arbitrators in that specific dispute considering the parties’ possible differences in culture, legal origin, language and perspectives. A party appointed arbitrator will, probably, be familiar with the nominating party’s cultural and legal background ensuring an arbitral tribunal not oblivious to any such peculiarities. However, there are also voices that point out to the risks of having (all) arbitrators appointed by the parties and not by an institute. Parties tend to appoint arbitrators for whom, given their professional or academic background, they have reasons to believe that would favour their position in the ongoing dispute. This can, sometimes, result in problems, even preventing the tribunal from reaching a final decision. It has been observed, for example, that, in many cases, the arbitrator nominated by the losing party issues a dissenting opinion.

While the parties should, of course, remain free to agree on the appointment procedure for the arbitrators and also – unilaterally – nominate an arbitrator, it is strongly advised that parties take extra care when appointing an arbitrator and consider ways to avoid risks caused by the party appointments. In ICC and DIS institutional arbitration, the fact that each party nomination has to be confirmed by the respective institute that only then can appoint the nominated arbitrator probably provides an extra layer of safety making sure that no arbitrator was nominated with the objective of sabotaging the arbitration by, for example, later resigning or advocating in favour of a specific party.

Practicalities
Generally, when comforted with an arbitrator nomination, a party will result in a rather long list of potential candidates and try to shorten it until to the point that only the most suitable candidate is left.

At the beginning of the selection process, potential candidates are suggested on a basis of a broad research of CVs and professional or academic backgrounds. The applicable law, the seat of arbitration, the sector of the dispute as well as the party’s or its legal counsels’ previous experiences in similar arbitration cases constitute the main criteria for this first selection of candidates.

In a second step, the party, usually with the support of its attorneys, will look more closely into the publications of the candidates as well as any reports that possible mention them. In that stage, previous experiences became of particular importance as, in order to narrow down the initial – usually – long list, the party will try to find out how each candidate conducted themselves in previous cases similar to the one at hand. Apart form researching the candidates’ experience, the objective of this research is to also find out possible connections between the candidates and any of the arbitration participants, such as the opposing party, the other already arbitrator, or the counsels. Arguably, this review stage is aided by arbitrator databases and directories, which, generally, tend to become more detailed as the years go by and help parties and counsels take more well-informed decisions.

In a last decision stage, the party will have to choose only one individual whom it will nominate as arbitrator. It goes without saying, that the decision is very important and, in many cases, also difficult. Personal and professional networks might prove critical for that final decision. The good news is that, assuming that due diligence was applied in the two previous stages, it is rather inaccurate to talk about a “wrong decision” as there is hardly such a thing, at this last stage of the decision process. While there may be choices that, in retrospective, might be considered as “more suitable”, it is rather difficult to go completely wrong from here after coming so far.

Obviously, the choice of an arbitrator is not simple. It requires extensive research and, usually, a wide professional network. Given the importance of the decision, it is strongly advised that the party seeks expert support when nominating an arbitrator not only to ensure a tribunal properly qualified to arbitrate its case but also to avoid possible future delays and costs. 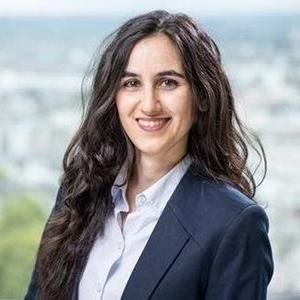