The opportunities for challenging arbitral awards in England and Wales are set out in in the Arbitration Act 1996 (the “Act”) as follows:

Case law makes it clear that the courts view arbitration increasingly as an independent pillar of dispute resolution, and the hurdle for challenging an arbitral award is correspondingly high.

However, a challenge can be successful if it satisfies the relevant criteria.  These should be considered carefully with experienced legal advisors before any challenge is made.

What is the legal form of the process? Are there limits on the grounds of challenge and what are they?

The formal requirements of sections 67 and 68 are similar. Essentially, a challenge is initiated by issuing an arbitration claim form, in accordance with CPR Part 8 (CPR 62.3 and PD 62.2.1).  Notice must also be given to the tribunal, which involves sending them the claim form and the witness statement (or other evidence) supporting the challenge.

Section 69 (appeal on a point of law) is different in that it requires leave from the court, or the agreement of all parties to the proceedings, before the award can be challenged. In addition, the applicant must have exhausted all available avenues of review or appeal within the arbitration itself. Section 69(3) provides that leave will be given only where (among other things) the tribunal’s decision was “obviously wrong” or open to “serious doubt”.

Various time limits apply, although a challenge must generally be made within 28 days of the date of the award. However, a challenge to the tribunal’s jurisdiction (or where a party determines there is improper conduct in the proceedings or any other irregularity) has the terser requirement of needing to be raised promptly, otherwise the party risks their ultimate right to bring the challenge (see section 73(1) of the Act).

Does the challenge involve a rehearing of some or all of the merits?

Firstly, the onus is on the claimant to arrange a hearing date with the court after the claim form has been issued.  If it is appealing an award under section 69 of the Act, obtaining permission to appeal should be the first priority.

In terms of the need for a hearing, there is scope for the court to decide issues without one, but this is only where costs savings can be made (see sections 32 and 45 of the Act). Applications for permission to appeal against an arbitration award themselves are decided without a hearing.

The claimant is generally required to prepare all evidence and documents to be used at a hearing (PD 62.7, para 6.3).

Under section 67, an application will take the form of a full re-hearing with the possibility of live witness evidence. However, parties are bound by issue estoppel in respect of substantive issues already decided in the arbitration (Province of Balochistan v Tethyan Copper Co Pty Ltd [2020] EWHC 938 (Comm)).

Under section 68, the court will consider the exhaustive list of potential irregularities set out in section 68(2) of the Act to remedy procedural failings. If the challenge is successful, it will remit the award (in whole or in part) to the tribunal, or alternatively set it aside or declare it to have no effect.

Section 69 enables appeals to be heard on a question of English law arising out of an award.  It will not consider questions which the tribunal was not asked to determine.  After obtaining leave to appeal, the court has the power to confirm or vary the award.  It may also remit the award to the tribunal, or set it aside – in each case in whole or in part.

In summary, what is the process and how does it work?

Once an award has been made by a tribunal, parties must then consider their position and in particular whether a challenge, pursuant to the Act, would be an appropriate next step.

The merits of any challenge will need to be assessed carefully by reference to the relevant sections of the Act in order to determine whether the necessary criteria have been met to maximise the chance of success.

It is important to bear in mind the 28-day deadline, which leaves parties little time to assess and prepare a challenge.

If a party decides to proceed, the next step is for its lawyers to issue an arbitration claim form and notify the tribunal, as explained above. The onus is on the applicant to arrange a hearing date with the court and, if necessary, obtain leave to appeal under section 69. It should be borne in mind that leave is granted in only about 30% of cases.

Generally, challenges are dealt with on the papers rather than at a live hearing. However, this depends on the complexity of the matter and the requests made by the parties.

Those who seek to keep their dispute confidential should be aware that appeals under section 69 are in most cases made public by order of the court, which has the result of revealing the underlying arbitration.

Roughly what is the cost and timescale to complete the process? Is the challenge itself appealable?

Costs vary significantly depending on the issues raised in the arbitration and the subsequent challenge.  However, appeals in this context are generally much cheaper than those arising from litigation. Costs will mainly be incurred in the preparation of witness statements, other evidence and new submissions, although the process as a whole is relatively inexpensive, given that there is no substantial merits hearing.  That said, additional costs will be incurred if the applicant is faced with a cross-appeal, which will require reply submissions. If there is a hearing, that is a further expense, although it is unlikely to last more than a day.

As a rough estimate, an applicant can expect to pay a total of £100,000 (inclusive of fees) for an appeal, but this may vary considerably, depending on the circumstances. If the appeal is successful, the applicant should be able to recover its reasonable costs associated with the application.

In terms of timescale, an appeal typically takes between six and nine months from the request for leave through to the hearing, or a full calendar year from the request to the receipt of judgment from the court.

Roughly what proportion of challenges are successful?

In the Commercial Court, there have been a diminishing number of section 68 and 69 challenges year-on-year from 2017, with the 2019-20 figures showing only a total of 16 and 22 (respectively) being made under these sections of the Act.

Success rates are very low.  In any given year it appears that there are between zero and two successful applications made pursuant to these sections of the Act. Applicants are taking an increasingly cautious approach despite a steady growth in arbitration as a method of dispute resolution.

Are there any other points of interest that you would like to highlight in relation to challenges in the jurisdiction in which you operate?

The most important recent development has been the release of the 11th edition of the Commercial Court Guide in February 2022. There are multiple changes which clarify and underscore the high bar across sections 67-69 to both commence and successfully argue a challenge. They also confirm the power of the court to dismiss claims under sections 67 and 68 where there is “no real prospect of success”. Of particular note is the wording allowing an extension of the right of respondents to seek indemnity costs, further demonstrating that courts want parties to exercise caution, and consider their merits carefully, before pursuing a challenge.

There have also been numerous case studies which highlight the importance of making sure the merits of an appeal are considered carefully. Indeed, their low success rate should serve as a warning for those looking to make a trivial challenge (and the revised Commercial Court Guide might further deter parties).

In October 2021, for example, a challenge of an LCIA award under section 67 was dismissed when Calver J found that there was simply no underlying issue of jurisdiction in the case that was brought (see NWA and others v NVF and others [2021] EWHC 2666 (Comm)).

In Alegrow v Yayla (2020), the court emphasised that even after granting leave to appeal, English courts should seek to uphold an arbitral award, seeking to resolve issues in the award so that it can be considered valid, rather than detecting flaws and simply ruling it invalid.

On a practical level, commercial parties should note that appeals on points of law can only be brought where section 69 is not excluded in the arbitration agreement, either explicitly or by reference to rules that exclude appeals of this kind. This is the only type of challenge than can be excluded under the Act, and parties may wish to consider whether they want to do so when drafting arbitration clauses.

Nevertheless, and as a final point, London continues to be a first-tier choice for the seat of arbitrations and part of its attraction is the opportunity the Act provides to challenge awards in the ways described. Those looking to do the same in other jurisdictions will often find either no equivalent right of process, or one that presents the aggrieved applicant with greater hurdles.

This series will continue next week with our third article on the Spanish law perspective of challenging arbitral awards in the courts of Spain, followed by a final article covering the position in France. 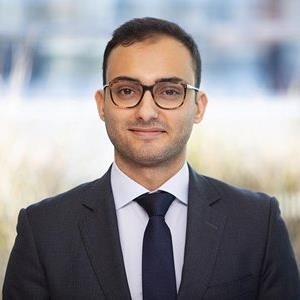