Discrimination, defamation and freedom of expression – the Supreme Court of Canada weighs in

In Ward v. Quebec, the Supreme Court of Canada was divided on the appropriate balance between the right to the safeguard of dignity and freedom of expression.

By refusing to find comedian Mike Ward guilty of discrimination against Jérémy Gabriel, the highest court in the country also called into question the scope and relevance of discrimination claims as the equivalent of actions in defamation.

Recall that in the context of comedy shows presented between 2010 and 2013, Mr. Ward, a well-known professional comedian, extensively mocked young Jérémy Gabriel, who was a minor at the time and had a singing career. Young Mr. Gabriel also suffered from a disability. He had Treacher Collins syndrome, which causes certain malformations of the head and profound deafness. Thanks to a hearing aid, Mr. Gabriel was able to develop a marked interest for singing, and he was invited to sing at events that received media coverage, such as before Pope Benedict XVI, Céline Dion, and at a sporting event. Following Mr. Ward’s shows, Mr. Gabriel experienced bullying at his high school. In 2012, his parents filed a complaint with Quebec’s human rights commission, the Commission des droits de la personne du Québec, which accepted the complaint and submitted the case to the Human Rights Tribunal.

In first instance, the Tribunal ordered Mr. Ward to pay $35,000 in damages, consisting of $25,000 in moral damages and $10,000 in punitive damages. The Tribunal essentially found that Mike Ward’s comments met all the elements of discrimination under the Charter of human rights and freedoms, that is, (1) a distinction, (2) based on a prohibited ground, (3) that has the effect of nullifying or impairing the right to full and equal recognition and exercise of a human right or freedom. The Tribunal also found that Mr. Ward’s defence based on freedom of expression could not justify the comments, which exceeded the limits of what a reasonable person can tolerate in the name of freedom of expression.

On appeal before the Quebec Court of Appeal, the majority dismissed Mr. Ward’s appeal, acknowledging that the Tribunal’s decision met the standard of review of reasonableness, which applied in the circumstances. In addition, the Court found that it was reasonable for the Tribunal to find that Mr. Ward’s comments were not justified by freedom of expression and that comedy performances did not have special status. In dissent, Justice Manon Savard noted that simply referring to a prohibited ground that characterizes a person is not sufficient to establish a distinction based on a prohibited ground. The dissenting judge also found that the balancing of the right to the safeguard of dignity and freedom of expression must take place at the stage of assessing the discriminatory conduct rather than as a defence. In other words, as the Supreme Court confirmed, freedom of expression is a limit to the scope of the right to the safeguard of dignity, not a defence.

The majority of the Supreme Court of Canada reversed the decision of the Court of Appeal. While confirming the applicable test for discrimination under the Charter, the majority was of the view that the distinction Mr. Gabriel was subject to was not based on a prohibited ground. Mr. Ward chose to mock him because he was a public personality, not because of his handicap. That conclusion was sufficient to decide Mr. Ward’s appeal. Nevertheless, the majority also added that Mr. Ward’s comments were not sufficient to impair Mr. Gabriel’s right to the recognition of his right to the safeguard of his dignity because a reasonable person aware of the context would not come to that conclusion. The analysis should not be focused on the emotional harm caused by the comments, but on their likely discriminatory effects. In this case, because the risk of discrimination was not sufficiently serious in the circumstances, the Supreme Court found that the claim must fail.

In a powerful dissent, Rosalie Abella and Nicholas Kasirer JJ. expressed their disagreement with respect to the absence of discrimination, asserting that Mr. Gabriel’s disability was inextricable from his public personality and that, consequently, prima facie discrimination was established. Mr. Ward’s justification was insufficient because it is immaterial whether Mr. Ward intended to mock Mr. Gabriel because he has a disability or not. The issue is the impact of Mr. Ward’s conduct, not the intention behind it. The dissenting judges were of the view that Mr. Ward’s exercise of his right to freedom of expression was completely disproportionate when compared to the harm suffered by Mr. Gabriel.

The majority of the Supreme Court seems to have espoused a narrower view of what constitutes discrimination in a context where it is also necessary to balance the right to dignity with the right to freedom of expression. The distinction between a public personality and his or her disability may resemble a distinction without a difference.

Beyond the comments concerning the legal framework applicable to discrimination, the comments of the majority concerning the Tribunal’s jurisdiction and the appropriate recourse are particularly noteworthy. Indeed, according to Richard Wagner and Suzanne Côté JJ, the Tribunal did not have jurisdiction over the case in the absence of discrimination. The majority also found that by focusing solely on the content of the expression and not on its discriminatory effects, the Tribunal created a parallel avenue of recourse for defamation in which the burden is less onerous, especially where the complainant is represented by the Commission and is not required to bring their own proceedings. It will therefore be interesting to see whether victims of discriminatory or defamatory comments will prioritize one or the other of these recourses in the coming years. 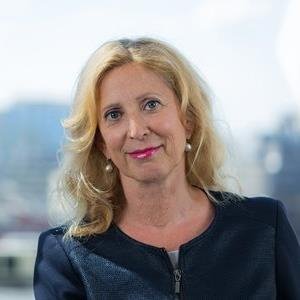