In 2020 the Scottish courts introduced new rules governing group proceedings. The headlines suggested that the rules would bring US style class actions to Scotland. Several sets of group proceedings have now been raised. However, practitioners remain in the dark about how the rules are going to operate in practice. The extent to whether the new rules will apply to all types of potential group proceedings is uncertain. It is therefore of value to have some authority from the Court of Session on how the new rules will operate. The decision of Lord Weir in Thompsons Solicitors v James Findlay (Kenya) Ltd [2022] CSOH 12 provides some guidance on two aspects of the new rules.

The proceedings have been raised on behalf of a group of Kenyan workers against a Scottish company. The workers allege that they have suffered musculoskeletal injury as a result of their working conditions on tea plantations in Kenya. The firm of solicitors representing the workers, Thompsons, applied to be appointed as the representative party for the proceedings. They were also seeking permission for the actions to be brought under the group procedure rules.  As the defenders were a Scottish company, there was no question that the Scottish courts had jurisdiction to hear the claims. The defenders also accepted that they owed the workers a duty to take reasonable care for their safety.

The first (rather novel) question which the court required to address was whether it was appropriate for the firm of solicitors acting on behalf of the claimants to be appointed as representative party.

Group proceedings must be brought by a single party.  That party does not need to be one of the individual claimants.  The rules provide a list of criteria that the court should consider when being asked to appoint a representative party.  Those criteria include the applicant's special abilities and relevant expertise, their interest in the proceedings and whether there would be any potential financial benefit to the applicant if the application were granted.

Perhaps surprisingly, this application was not opposed by the defenders.  However, Lord Weir was evidently uncomfortable with the concept of the solicitors acting in the matter being appointed as the representative party.  Therefore, despite the lack of opposition, he refused the application.

In future, one can certainly envisage a situation where a consumer organisation brings proceedings on behalf of a large group of claimants.   However, there would seem to be a number of sensible reasons why the lines between the legal representatives and the representative party (essentially the lead claimant) should be kept separate.

The second contentious issue related to whether permission should be granted for the actions to be brought by way of group proceedings at all. The rules provide guidance on the circumstances in which permission can be refused including that is has not been demonstrated that the actions have reasonable prospects of success.

The defenders had raised the point that the Scottish courts were not the appropriate forum where actions where all of the relevant events had taken place in Kenya (forum non conveniens).  The defenders also highlighted that, although there were some similarities between the claimants, they were performing different roles. Causation would be individual in each case and importantly a large number of the claims were time-barred.

Lord Weir granted permission essentially on the basis that the claims had some issues in common.  He considered that it would be more efficient for the claims to be brought as group proceedings.  The defenders had not been able to demonstrate that the proceedings did not have reasonable prospects of success.

In granting permission, Lord Weir recognised that both the time-bar and the forum non conveniens arguments could significantly curtail the length of the group proceedings.  He did not consider in any detail whether either of those arguments were sufficiently strong that they demonstrated that there was no real prospect of success.   He also did not consider whether bringing the actions in the Kenyan courts, where no expert evidence on applicable law would have been required, would have been a more efficient way of dealing with the cases.

At the permission stage the court is being asked to make a judgement about the prospects of success and the efficiency of proceedings at a very early stage on very limited information.  With cases of this nature, practitioners and the courts do not yet fully understand how the rules will work once permission is granted.  Defenders will be faced with a register of claimants but little means with which to investigate individual claims. It is not clear how questions of individual causation and quantum can be considered.

The rules themselves have been drafted in a way which is more obviously suitable for "class action" type situations than for "mass tort" claims.  Whilst these are US concepts, the distinction is largely that in "class actions" the grounds of action are largely the same.  There will be a significant degree of uniformity between the claimants.  It is less clear how the rules will deal efficiently with situations where the claims have some similarities, or matters in common, but the individual grounds of action are not the same.  If permission is granted, the effective progress of the proceedings is likely to rest on the case management measures taken by the judge appointed to oversee the proceedings. 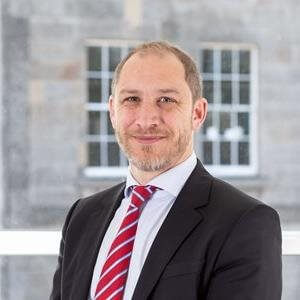