This is the latest in a series of articles which discuss a variety of topics relating to cargo recovery claims. This part of the series considers practical issues and scenarios and the focus of this article is on the importance of identifying and obtaining the key evidence required to unlock and maximise recoveries.

Taking a little time in the early stages following a cargo loss to consider the key evidential issues and to take steps to secure evidence can make a significant difference to the likely prospects of success in a recovery action. Our experience over many years has highlighted the benefit of such an approach but it is something that can often be overlooked or, more commonly, left too late with the result that the evidential trail runs cold and /or key evidence is lost.

Before turning to consider the particular evidential requirements for some common types of cargo loss, we will first consider some of the basic evidence needed to support almost every claim:

In addition, further to this basic evidence, consideration should be given to the evidence that is likely to be relevant to particular types of loss. This may vary widely from case to case and is an area where an early expert assessment of the claim can pay dividends in identifying and preserving the most relevant sources of information. Much of this evidence may well be in the hands of the carrier and it is important to place the carrier on notice regarding the preservation of key material or, where appropriate, to take early legal steps to enforce the preservation and / or examination of evidence. For the purposes of this overview we will briefly consider claims that involve cargo damage caused by temperature variation, loss of containerised cargo overboard and loss caused by wetting / mould.

Possible causes of loss due to temperature variation can include breakdown or stoppage of a reefer unit, incorrect temperature settings or damage to the container such as a worn or missing seals. In cases of this type there is a wide variety of evidence that should be sought including pre-trip inspection reports and container movement records that can help to establish the condition of cargo and status of refrigeration prior to shipment. Temperature data logger records and temperature maintenance logs should also be sought to assist in establishing the point at which the damage occurred. A survey report should be obtained that considers the cause of variation in temperature and includes photographs and evidence of the container and any damaged components and the effect of the temperature change on the cargo.

An increasingly common scenario that is receiving particular attention at the moment following a number of high profile incidents is that of loss of containers overboard. This is an issue that has been of increasing concern to cargo insurers given the frequency of events and the significant values involved. The causes of such losses can be complex but inevitably there tends to be a focus on the effect of weather and also on failures of the stow, whether due to defective lashings or improper distribution of weight in the container stack.

Heavy weather is often a defence that is raised in relation to such claims, often supported by evidence that the weather encountered was both exceptional and unforeseeable, which in broad terms is the test that a shipowner must satisfy to succeed with that defence.

The evidence of weather provided by carriers is very often in the form of the vessel’s deck log book, recording the wind and sea at intervals of 4 hours (or sometimes less) during the course of the voyage. Whilst the courts in many jurisdictions, including here in England, tend to give weight to such contemporaneous evidence, it needs to be tested. It is therefore important to consider carefully all of the entries in the log for the particular period of time when it is alleged that the vessel was affected by the weather. Does the weather recorded in the log tally with weather observations from other sources? What was the speed of the ship during the period of alleged bad weather? The handling characteristics of very large container vessels can lead to particular problems of which carriers are – or should be – very well aware and the evidence of prevailing weather should be considered with these characteristics in mind.

Careful attention should also be paid to stowage and lashing plans. Issues of defective equipment can include faulty lashing equipment or twistlocks and the use of fully automatic twistlocks has been blamed for some losses. Excessive age of the container or deterioration of the condition of attachment points can also be an important factor and should be the focus of attention in survey reports.

Whether in containerised or bulk cargoes, inherent vice is the usual defence to recovery claims for loss cause by wetting / mould. In other words, the shipowner will argue that the particular cargo was so “moisture laden” when it was loaded, no amount of care during the course of the voyage would have prevented the damage. In such cases, pre-loading surveys of the cargo and quality certificates can be particularly important, as can evidence of warnings given to the carrier regarding the carriage requirements for that cargo or evidence of industry best practice.

The process of moisture migrating from the cargo is known as “sweating”. In order to discharge his obligation to care for the cargo, the shipowner must deal with this characteristic accordingly. In extreme cases, and with particularly sensitive cargo, this is sometimes achieved by the use of sophisticated de-humidifying equipment. However, in the majority of cases involving bulk cargo, it is dealt with by natural ventilation of the cargo. Or at least it ought to be, but in many instances it is not, or the efforts to ventilate the cargo are inadequate and/or misconceived. A prudent shipowner will maintain a proper record of ventilation during the course of the voyage in order to demonstrate proper care of the cargo. However, such records require careful scrutiny to ensure that the extent of ventilation was suitable and sufficient for the cargo concerned.

For containerised cargo, where the terms of carriage require the carrier to prepare the containers for carriage and to stuff the cargo, then suitable methods of packing must be adopted to deal with any moisture. This was the issue that arose in the Volcafe case where evidence concerning the use of suitable paper to line the container in order to protect the cargo from condensation was a key issue. Photographic evidence can be of particular importance in cases involving container stowage.

This brief summary is very much an overview of some of the most important documentation and evidence that is likely to be relevant. Inevitably requirements may differ in each case - as illustrated in the examples of specific claim types considered - and in cases where there is any doubt as to the correct approach then early, fact-specific legal advice should be obtained.

The key point to remember is that careful consideration of the evidence required for a successful cargo claim, including the specific evidence relevant to particular types of loss, can make a crucial difference to the prospects of recovery. Given the often narrow window of availability for certain types of evidence, these issues should therefore be considered and addressed at the earliest possible stage. Key evidence must be identified and preserved and suitable experts and surveyors appointed and properly instructed before any opportunity is lost. The trend towards carriers seeking evidence of pre-shipment condition also emphasises the need to obtain information from the assured at an early stage. 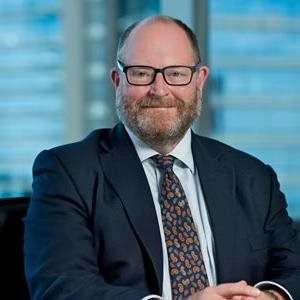