This recent S.D.N.Y decision once again brings into focus key Shari’ah principles and their interpretation by Courts in the West. While recent and historical commentary about the rulings in this case across its various stages focus predominantly on the clarification of the Chapter 11 protections under US bankruptcy procedures, its safe-harbouring provisions and set-off rights, certain points regarding Murabaha structures and their seemingly ‘boilerplate’ provisions are worth noting, particularly for transactional Islamic finance lawyers based in non-US jurisdictions. We take a look at these.

Murabahas as securities? A form vs substance finding

At the final appellate level, in the context of the safe-harbouring provisions, Bahr. Islamic Bank (BisB) argued that Murabaha contracts “replicated the effect of certain securities because they involved the purchasing of commodities, and the purchaser of the commodities bore risks associated with the purchase and disposal of said commodities”.  While this is not untrue on its own, the argument failed on a form vs substance analysis, where the District Judge noted that such contracts were structured to mimic a conventional loan or financing arrangement “so as not to run afoul of Shari’ah law’s outlawing of interest”, thus using the commodities as “convenient vehicle[s]” rather than to invest in the underlying commodities and assume actual risk in that regard. This conclusion was also supported by BisB’s own classification of the contracts as loan-like ‘liquidity management tools’ to allow an equivalent of interest to be paid on loans.

Looking back at the England & Wales Court of Appeal case of Beximco Pharmaceuticals Ltd & Ors v Shamil Bank of Bahrain EC (2004 EWCA Civ 19), while the above interpretation was largely followed and undisputed by the parties, the argument that the documents were not Shari’ah-compliant resulted in what is now considered best practice – the inclusion of a mutual representation and undertaking that the parties agree that the transaction documents are drafted in compliance with Shari’ah law and that neither will argue to the contrary.

In a similar vein, we wonder whether, following the Arcapita case, parties may push for the inclusion (or expansion) of such representations and undertakings to also include the parties acknowledging and agreeing that Murabaha transactions are not securities, forward contracts or swap agreements, and that no arguments will be made to the contrary in legal proceedings.

“While Shari'ah law may forbid interest, as a general matter, and in the conventional sense, the Bahraini Civil Code expressly provides for a full recovery of damages, including “interest and profit.” Here, prejudgment interest serves a proxy for the “profits of which [the Committee] has been deprived[.]” Bahraini law plainly and expressly provides for full compensation for breaches of contract as well as restitution for ill-gotten gains. BisB wrongfully withheld funds owed to Arcapita's estate and benefitted from retaining them. The prejudgment interest award thus transferred back to the estate “the interest and profit . . . unduly received.”

We would typically expect the documents underlying a Murabaha structure to include a mutual irrevocable and unconditional agreement to waive and reject any entitlement to recover interest notwithstanding that interest may be awarded by a court under the relevant chosen governing law of the documents. Such waivers are rarely queried or argued between parties during negotiation of the transaction documents and to a certain extent may be seen as ‘boilerplate’ in Islamic financing documentation, the prohibition on interest being squarely within widely accepted Shari’ah law principles.

Both the Bankruptcy Court and District Court judgments are silent as to any such contractual waivers contained in the underlying documentation in this case. If such clauses were present, we would expect them to be referred to in arguments and accordingly would presume that they were not in fact contained in the underlying documentation. The recommended approach that comes out of this finding is perhaps to ensure inclusion of such waivers at the drafting and negotiation stage, at the very least to enable distinguishing facts from those of the Arcapita case.

Certain commentary around the judgment notes that such clauses were not in issue, and that the finding of the relevant courts may have been different had they been in issue and based on their particular wording.  What would then need to be considered is whether such contractual waiver is enforceable given the provisions of, for example in this case, the Bahraini Civil Code, notwithstanding the parties’ choice to abide by Shari’ah principles. If the decision of the England & Wales Court of Appeal in the case of Beximco Pharmaceuticals Ltd & Ors v Shamil Bank of Bahrain EC (2004 EWCA Civ 19) is any indication, the choice of governing law of the relevant country (rather than a ‘non-national system of law’) could prevail.

While the District Judge’s substance-driven interpretation of Murabaha transactions is not unexpected, it is perhaps concerning to see a Shari’ah-compliant institution attempting to imply that Murabaha contracts may be interpreted as securities or forward contracts (even if only in order to avail of the safe harbouring provisions) while simultaneously acknowledging their loan-like nature.

It will no doubt be interesting to see what market practice develops following this decision in the form of additional representations, undertakings and the inclusion waivers of interest.

[1] The District Court’s decision has been appealed by BisB

[2] The judgment also refers to long standing precedent in the US that prejudgment interest is viewed not as a penalty, but as delayed damages forming a component of compensation and the District Court affirmed that the interest awarded by the Bankruptcy Court was determined in the context of lost profit opportunities to Arcapita having considered the rate of return in the Bahraini investment market (among other factors). 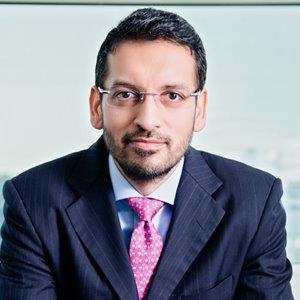