A quick guide to ambush marketing

Football is the most popular sport globally, and there is nothing quite like the excitement that the FIFA World Cup brings. The last final between France and Croatia in 2018 was watched live by over 1.1 billion people and over 5 billion people – over half of the world’s population – are likely to watch the 2022 Qatar World Cup. It’s no wonder then that advertisers and brand holders will pay substantial sums of money to advertise in stadiums, during games, on kit, and during broadcasts – the exposure for a sponsoring brand is just too good to miss. It’s so good that many marketers will “ambush” sports events like the World Cup, hoping to benefit from the exposure that the event receives but without having to pay for that privilege.

What is ambush marketing?

An event can be ambushed by marketers in different ways. Depending on the content and placement of the advertising, it could give rise to trade mark infringement, unlawful competition or a violation of local advertising laws. Sometimes, however, this form of advertising can be just above the line and could be acceptable – much to the irritation of official sponsors of events and event organisers alike.

Sports and sports events benefit substantially from sponsorships in return for advertising space. Law makers and enforcers try to protect this arrangement as far as possible to ensure that the value of sponsorships is undermined.

In general, there are two main forms: ambush by association and ambush by intrusion.

As suggested by the name, ambush marketing by association is where an advertiser or brand owner aims to associate itself with an event (or a team or a player etc.) without permission and without having agreed to sponsor that event. Such advertising will mislead the public into believing that the advertiser is associated with the event where this is not the case. This form includes unauthorised use of trade marks, domain names, social media handles and other intellectual property associated with the event.

Even if an ambusher does not use FIFA’s official intellectual property, it can nevertheless still fall foul of ambush marketing laws simply by creating an impression that it is a sponsor or is somehow affiliated to the event.

A more opportunistic form of ambush marketing is ambush by intrusion which has given rise to some well publicised stories in the press. Again, as suggested by the name, the marketer “intrudes” (sometimes even physically) into the advertising space created by the event. This can be done by placing a billboard in the skyline surrounding a stadium, by sending a blimp over a stadium or simply giving fans or players branded “gifts” which will be seen on camera.

This type of ambush marketing can straddle the line between what is lawful and what is not, and the lawfulness of this marketing very much depends on the placement and the content of the advertising materials.

To ambush or not to ambush

There are numerous examples of campaigns which have fallen either side of the line, and brand owners must take great care when considering any kind of campaign designed to take advantage of the huge audiences global events attract.

Famous examples of successful campaigns include the Nike “Find your Greatness” campaign around the 2012 Olympics which focussed on everyday athletes – a child conquering a diving board, a boxer, a juggling basketball player.

The famous Beats by Dre advert “The Game before the Game” featured well-known footballers like wearing Beats by Dre headphones before playing football games in Brazil. Aired at the time of the 2014 Brazil World Cup, the advert made no mention of the FIFA event although the content of the advert features football and Brazilian imagery.

Another example of opportunistic advertising came in the form of Tweets posted by various brand holders during the 2014 FIFA World Cup which began moments after the famous Luis Suarez biting incident.  The adverts from brands such as Nando’s, Snickers, and Listerine encouraged Suarez to consider placing their products into his mouth rather than other players.

These advertisements clearly took advantage of the event without creating the misconception that the brand holders were associated with it or were officially endorsed.

These examples worked so well because they did not confuse consumers into believing that the advertiser was an authorised sponsor of the event but simply capitalised on hot-topics like football, sports, athleticism and one of a kind biting incidents.

On the contrary, an infamous campaign at the 2010 World Cup in South Africa saw a number of women ejected from a football match, and arrests made after they wore merchandise provided to them by the brewing company Bavaria who were not the official beer sponsor of the event.

What does the law say about ambush marketing?

In most cases, the legal position will be set out in a combination of existing local laws and specially enacted laws for the event. In this case, the FIFA guidelines also clearly set out what it believes is acceptable marketing.

Unauthorised use of FIFA trade marks at the World Cup, for example, would be dealt with by provisions of Article 20 of Law No. 9 of 2002 (Trademarks Law) in Qatar relating to trade mark infringement. This would apply in cases of straightforward association ambush marketing, where the advertiser uses a registered trade mark of FIFA to suggest an official association with the event.

In addition, Qatar has passed Law No. 10 of 2021 concerning measures for hosting the FIFA World Cup Qatar 2022 (“Qatar World Cup Law”). This law addresses both intellectual property rights and the regulation and control of advertising.

It is in respect of more creative forms of intrusion ambush marketing where the law – and enforcing it – becomes more complicated. In these forms of marketing, even where the trade marks of the events are not used, the issue is that a false impression could be created that the advertiser and the sports event are connected when this is not the case. This is a form of unlawful competition.

The wording in these provisions is broad but the essential question is this: is the marketer creating the impression that it is associated with the FIFA World Cup when it is not? If so, this could amount to unlawful competition. If not, then the marketing efforts could fall on the right side of the line and help to capitalise on the opportunities created by the World Cup.

How we can help

Clyde & Co’s full-service IP team can support local and international brand owners and their marketing teams with guidance on how to advertise lawfully and intelligently during the FIFA World Cup in Qatar. We have significant experience in Qatar and the wider region and have a team of IP attorneys, paralegals, and Arabic speaking administrators ready to support you. 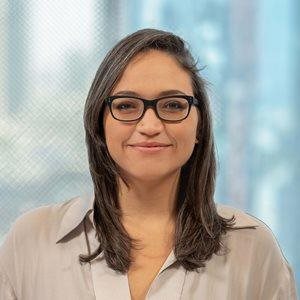 29 September 2022
Brand protection in Qatar – are you ready for the World Cup?

Brand protection in Qatar – are you ready for the World Cup?