Soybeans, carry potential quality defects, and could easily be converted into the risk of mould development during the course of ocean transportation. Generally, the risk of cargo damage is more likely to occur in circumstances where the cargo is of high moisture content and is being transported on a lengthy voyage.

In addition, it is not easy to confirm accurately, through a visual inspection, the moisture content and temperature of the cargo, and whether the transport conditions are appropriate.

By reason of the above, once soybeans have been discharged from the ocean vessel at the port of discharge, and , the consignee may, on the basis of the clean Bill of Lading, request the shipowner or carrier to assume liability for cargo damage which occurred during transportation, involving quality issues such as heat damage and carbonisation, mould and caking, and contamination with high rate of foreign materials.

The agent at the port of loading issued a clean and original Bill of Lading on behalf of the Master. At the same time, the loadport surveyor issued a certificate of quality for the soybeans, stating the specifications of the goods at the time of loading. The goods arrived in a damaged condition.

Yuancheng took the view that the cargo was already defective during the devanning stage at the port of Songxia and, consequently, filed a lawsuit against Fuxing Shipping before the Xiamen Maritime Court.

Yuancheng alleged that the carrier had issued the clean Bill of Lading without making any notes, and that Fuxing Shipping should be liable for the damage,  i.e. off-specification, more specifically, the heat damage rate and the grain damage rate of the soybeans.

The consignee and its insurer, the carrier, and the shipowners' P&I Club conducted a joint inspection and sampling of the cargo. The three parties instructed three surveyors to analyse and identify the cargo samples, and they came to relatively consistent conclusions, one of which stated that most of the carbonised and heat-damaged foreign materials found in the cargo at the port of discharge, were randomly dispersed in the cargo hold. This seemed to indicate that this quality issue already existed at the port of loading.

The Xiamen Maritime Court held that Fuxing Shipping was not at fault for issuing the clean Bill of Lading on the following grounds:

The Xiamen Maritime Court held that the loss in question was caused by the seller's failure to provide the goods in accordance with the standards set out in the quality certificate. The damage did not arise during the period when the cargo was under Fuxing Shipping’s custody, that is from the time the goods were received at the loadport until the time they were delivered at the port of discharge. The seller's failure to provide the goods as agreed was a risk arising from the sales contract, and should not be borne by the carrier under the contract of carriage of goods by sea.

During the unloading process at the port of discharge, Bohai found that the goods were damaged. The surveyor found that the heat damage and mould were caused by the carrier's failure to effectively ventilate the cargo hold in time. After paying Bohai for the loss of the goods in accordance with the insurance policy, China Pacific Property Insurance Company Limited Qingdao Branch (“CPIC Qingdao”), as the insurer of Bohai, obtained the subrogation rights and filed a claim against Dairong Shipping.

CPIC Qingdao insisted that, as the Master had issued a clean Bill of Lading without any comments / remark regarding the cargo quality, at the port of loading, the shipowner should be bound by the quality of the soybeans in question. Dairong Shipping argued that the high moisture content in the soybeans already existed before shipment at the loadport.

The Qingdao Maritime Court confirmed that the captioned soybeans were defective in quality, at the port of loading, with a high moisture content, and were mixed with weeds.

The Qingdao Maritime Court held that there are certain specifications that are used to comment on the apparent condition of goods, and whether they are in a satisfactory condition. However, the Master and the crew should not be expected to be experts for different types of goods carried.

In deciding whether a clean Bill of Lading should be issued or not, the apparent condition of the goods, to be observed by looking at their external appearance with naked eyes, and applying the knowledge that ordinary people have, should be taken into consideration. However, the internal quality of goods should not be factored into this observation.

Although a clean Bill of Lading was issued, it does not automatically mean that the soybeans shipped on board were free from quality defects.

In accordance with Article 75 of the Maritime Code of the People's Republic of China (“Maritime Code”):

then, the carrier, or such other person, may make a note in the Bill of Lading specifying those inaccuracies, the grounds for suspicion, or the lack of reasonable means of checking.

This provision aims to clarify the position that the carrier's notes on the Bill of Lading are limited to the description, the mark, the number of packages or pieces, the weight or quantity of the goods. The quality of the goods does not need to be taken into consideration.

Soybean shipments are generally loaded in large quantities, and the loading process is usually accompanied by large dust clouds. The Master or carrier cannot reasonably discover the inherent quality issues that exist in some cargo before or at the time of loading, such as the rate of carbonised particles and foreign materials, etc. The Master or carrier can only make notes on the Bill of Lading based on the condition of goods from the surface.

Considering the above-mentioned Court decisions, that the general rule is that the issuance of a clean Bill of Lading should be based on the apparent condition of the goods, as observed by looking at their exterior via naked eyes or through other reasonable inspection methods and based on the knowledge that ordinary people have. The internal quality of the goods does not need to be considered.

Damage to soybeans which occurred during ocean transportation, such as heat damage and contamination from a high rate of foreign materials, generally relate to the internal quality, although this can be reflected in the appearance of cargo in some instances. For this reason, the carrier would not be expected to observe the inherent quality of the goods and make notes on the same.

In accordance with Article 76 of the Maritime Code, a clean Bill of Lading is the prima facie evidence that the goods are in apparent goods order and condition. The cargo interests would usually submit the clean Bill of Lading to fulfil the preliminary burden of proof that the goods were loaded on board the ship in apparent goods order and condition.

In this regard, if the shipowner or the carrier raises a defence, they should bear the burden of proof and submit evidence to prove the following: 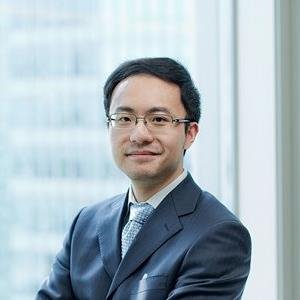 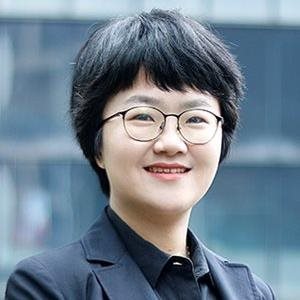