Global law firm Clyde & Co has today announced the appointment of Stacey Farrell as a partner in the firm's global insurance practice.

Based in the firm's Atlanta office, Stacey ran her own firm for two years, The Farrell Law Firm, having previously held a partner-level role at Cozen O'Connor, which she joined from Fields Howell.

Stacey advises domestic and international insurers on complex insurance coverage issues and disputes arising from large first-party property and third-party liability commercial risks in jurisdictions across the United States. She is licensed to practice law in Georgia, Tennessee and Texas.

Bill Casey, Partner and Chair of the North American Board at Clyde & Co, says: "Stacey is a highly respected insurance lawyer among US and London Market insurers whose practice complements our existing capabilities in Atlanta, the US and across the globe very well. We're delighted to have her on board."

Stacey Farrell comments: "Clyde & Co is now widely regarded in the market as a pre-eminent national and global insurance firm following sustained expansion. I'm delighted to be joining such a strong practice and I look forward to being able to serve my clients with the highest quality advice as part of such a strong and connected global team."

Bob Fisher, managing partner of Clyde & Co's Atlanta office says: "Stacey joining us further enhances our team in Atlanta which has grown from three lawyers in 2014 to sixteen today. Our practice in the city focuses exclusively on representing  global insurers on complex first and third party coverage, defense, and monitoring matters, so Stacey is the perfect fit as we prepare for the next stage of our growth."

Stacey starts on 8 March and will be joined by Marlie McDonnell, a Senior Associate.

Clyde & Co's has the world's largest global insurance practice by headcount which handles claims across every line of insurance and reinsurance business in addition to corporate and regulatory work. Its international experience enables an unequalled ability to advise in relation to complex multi-jurisdictional disputes, and on structuring global programmes.

This expansion in Atlanta is the latest growth for Clyde & Co in the US, where it first launched in 2006, and follows the hiring of a 90-strong insurance and litigation team from Sedgwick LLP in December 2017, four partners from Shipman & Goodwin in Washington DC, and two partners from Hinshaw & Culbertson in January 2018.

The firm opened offices in Los Angeles, Chicago, and Washington, DC in 2017 and now has nine offices, over 60 partners and more than 350 people nationally in offices including Miami, Atlanta, San Francisco, Orange County, New York City and New Jersey. 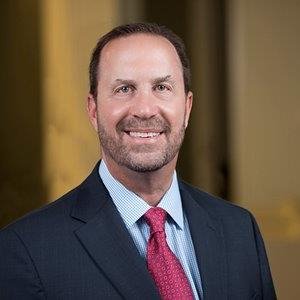