Bill Casey, Partner and Chair of the North American Board at Clyde & Co, says: “We are thrilled that Chambers has recognized Jim as a leader and champion for LGBT rights and equality efforts. He has made great contributions to the diversity and inclusion efforts at Clyde & Co, and to the entire legal community in his career to date.”

Jim Holmes, says: "I'm really honored to receive this award. When I started out, being an LGBT+ lawyer wasn't at all easy. I'm very pleased to have been able to contribute and try to make things better and I think the profession has come a long way. But there is still much to do and we must stay focused on tackling discrimination of all sorts wherever and whenever we find it. Not only is it the right thing to do to ensure a fair profession and society at large, but it is also a way of making sure that our profession reflects the world around us and that everyone is able to be their true selves at work."

At Clyde & Co, Holmes represents major media and entertainment entities, as well as their insurers. He defends clients in a variety of intellectual property matters, including trademark, trade dress, trade secrets and copyright infringement, misrepresentation of likeness, unfair competition and breach of contract actions. He works with clients on the defense of claims brought against their marketing practices, including advertising (broadcast and print media), and internet marketing (websites and social media). Holmes also advises clients on cyber liability issues, including the implications and coverage for data and privacy breaches.

Holmes is a long-time and fearless advocate for diversity and LGBT rights and has served in numerous prominent bar and civic leadership roles. Whether in the courtroom or in the community, he is a winning emissary for those he represents.

In August 2019 Holmes will become a member of the American Bar Association (ABA) Board of Governors - the first to be seated as an "at large" diversity member on behalf of the LGBT community.  Jim advocated for the creation of the LGBT seat to the House of Delegates, to ensure equality is always addressed with foremost concern. He received the 2016 Benjamin Aranda Outstanding Public Service Award from the Los Angeles County Bar Association, was awarded the Access Award for pro bono service from the Los Angeles County Board of Supervisors, Los Angeles County Commission on Disabilities, and he received commendation for his work as a temporary judge for Los Angeles Superior Court. He received the 2010−2011 Public Service Honor Roll Award from the American Bar Association, Tort Trial & Insurance Practice Section (TIPS), Law in Public Service Committee (LIPS). 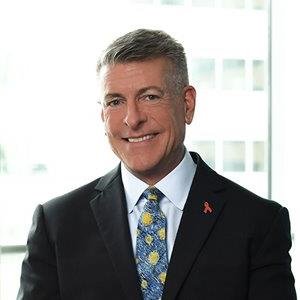