Global law firm Clyde & Co is this week celebrating thirty years since it first established an office in the Middle East region.

The firm's first office in the Middle East was Dubai, launched by Jonathan Silver in 1989. What started as a small office with just 4 people has become a multi office regional operation of over 400 employees and 5 offices1. Located in the major commercial hubs of the region, Clyde & Co now has the largest presence and is one of the most experienced international law firms in the Middle East with over 48 partners and 400 staff, operating in Abu Dhabi and Dubai in the UAE, Doha in Qatar, Muscat2 in Oman and Riyadh in Saudi Arabia.

The firm has been privileged to be a part of the Middle East's exceptional transformation and unprecedented growth over the past three decades. We have advised on some of the most high profile projects in the region, including Burj Khalifa, Dubai International Financial Centre, Burj al Arab, Nasdaq Dubai, all major airport and metro developments: we have drafted landmark legislation and regulations across sectors and advised many of the leading education and healthcare providers in the region. Most recently, Clyde & Co has advised the DIFC Authority on its new employment regulation and advised various state-owned companies on several USD1bn+ mega infrastructure projects across Saudi Arabia.

The firm has, following the launch of the Clyde & Community programme in 2009, also actively contributed to developing corporate social responsibility and the non-profit sector in the region, promoting best practice in the governance of non-profit organisations and contributing, in its last financial year alone, over USD1 million worth in pro-bono legal services.

Jonathan Silver, Senior Partner for Clyde & Co in the Middle East, says: "We have had a tremendous 30 years. We have worked alongside our international and local clients, supporting them on the ground across all sectors and industries as they have driven the region's phenomenal growth story. As the market became more sophisticated, our vision was to match our clients' needs with an evolving regional footprint and strong specialist sector expertise. This balanced offering has ensured our continued growth since 1989 and allowed us to build the largest presence in the region of any international law firm 30 years later."

Mirroring the growth of the region, Clyde & Co opened its second UAE office in 2004 in Abu Dhabi, expanded into Qatar in 2007 and moved into Saudi Arabia in 2009. The latest phase of Clyde & Co's growth in the region was the expansion in Oman in 2018, with the launch of an associated office in Muscat. The firm also gradually bolstered the breadth and depth of its regional offering by launching key practice groups, including a marine practice in 1989, construction in 1998, intellectual property in 1999, insurance in 2001 and real estate in 2005. It also added banking & finance in 2006, aviation in 2007, employment in 2008 and technology in 2017. Earlier this year, the firm reinforced its regulatory, compliance & investigations offering with the hire of Matthew Shanahan to head this practice area. 2019 also marks the 10th anniversary of the firm's presence in Saudi Arabia, where it is now the only fully-integrated international law firm.

Mark Blanksby, Partner and Chairman of the MEA Board, says: "The pace of change in the Middle East has been incredible and we pride ourselves on having taken part in that transformation by working with industry leaders and being involved in the many iconic projects that shaped the region. This certainly demonstrates the quality of our people and our business, the depth of our offering and our team's commitment to the region. As a firm, we are excited about the prospects for the Middle East as it keeps developing thanks to projects such as Dubai's Expo 2020, Saudi's Vision 2030 initiatives and the FIFA 2022 World Cup in Doha."

Clyde & Co has the largest presence of any of the international law firms in the Middle East, providing a full-service commercial offering of local and international specialists across most business sectors and practice areas. International and domestic clients engage the firm across the full spectrum of their corporate and commercial needs, including company structuring and governance, policy setting and licensing arrangements, employment issues, funding, procurement, intellectual property (IP), technology and general commercial contracts. The firm also has an excellent track record in managing, prosecuting and defending large and complex disputes, particularly related to the region's construction projects.

30 years in the Middle East 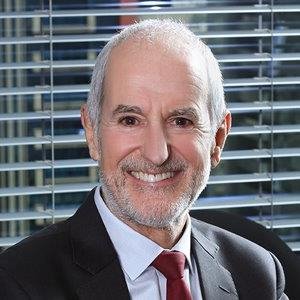