Global law firm Clyde & Co has announced the appointment of Matthew Kelsall as its new Chief Executive Officer (CEO) with effect from 1 January 2020. Matthew replaces Peter Hasson, who will step down having been CEO since 2005. Matthew will take on the role of CEO designate from 1 November, to coincide with Peter Hirst taking on the role of Senior Partner and will work with him and Peter Hasson to ensure a smooth transition.

Matthew has a deep understanding of Clyde & Co having joined the firm in 2007. He has held executive positions in each of its main regions, including that of Chief Operating Officer in the Middle East and North Africa, Asia Pacific and North America.

Peter Hirst, Clyde & Co's Senior Partner Elect, led the recruitment process alongside the firm's Management Board. As the new leaders of the firm, Peter and Matthew will work closely together to develop long-term strategy and drive effective delivery of it to ensure Clyde & Co continues to build on its significant, market-leading global positioning across its core sectors.

Peter Hirst says: "Matthew’s knowledge and understanding of the organisation, the global legal market and the day-to-day operations of a large and fast-growing global law firm, all make him the outstanding candidate for the CEO position.

“I look forward to working with Matthew over the coming months to affirm our long-term strategic direction. A key focus will be on making sure we have the people, culture, technology and offerings in place to allow us to stay ahead of the continuously evolving needs of our clients in today's fast-moving and increasingly unpredictable business environment."

Matthew Kelsall says: “I’m honoured to take on the role of CEO and I thank Peter and the Board for entrusting me with the responsibility. We have a huge opportunity to further strengthen the market-leading offerings we have built around the world and I look forward to working with the Senior Partner, the Management Board and our top class management team to achieve our ambitious goals."

Peter Hasson joined Clyde & Co from professional services firm Robson Rhodes  in 1997, going on to become the firm’s first CEO in 2005. In that time the firm has grown from a 12 office, 130-partner, £125m revenue business to become a 52 office, 400-partner, £611m global firm.  On standing down as CEO on 1 January 2020 he will take up the role of Consultant, working on a number of specific projects on behalf of the Management Board.

Peter Hirst says: “The Board and I would like to thank Peter for his outstanding contribution over the past 20 years. The firm is unrecognisable to the one he joined and that owes so much to Peter’s management and drive. We’re very pleased that he is staying on until the New Year to ensure a smooth transition and provide us with the benefit of his experience.”

Peter Hasson says: “I thank all those I’ve worked with at the firm over the past twenty years for their hard work, determination and support, which has enabled us to grow to become a truly global player in the legal market. Matthew is someone I’ve known and worked with for a very long time and is an outstanding choice as CEO. I have every confidence that together, Peter and Matthew can take our firm to the next level and I look forward to working with them during the leadership transition and beyond. ”

Matthew Kelsall joined Clyde & Co in 2007. Having graduated from Lancaster University he joined PKF (now BDO) qualifying as a chartered accountant (ICAEW) before leaving the firm to carry out a number of industry roles, including at Halliburton, Johnson Controls and VT Shipbuilding before joining Clyde & Co in the finance team. In 2008 he was appointed COO MENA where he oversaw the opening of the firm's office in Saudi Arabia and obtained the firm's DIFC licence in Dubai. In 2013 he was appointed COO APAC where he oversaw the firm's openings in Australia, Beijing, and Chongqing, as well as the merger with Australian firm Lee & Lyons in 2016. In January 2017 he took over as COO for North America where he oversaw the firm's openings in Washington, DC, Chicago, Los Angeles, and in 2018 the opening in Orange Country and a shared service centre in Kansas City following the hiring of 15 partners from Sedgwick in January 2018. 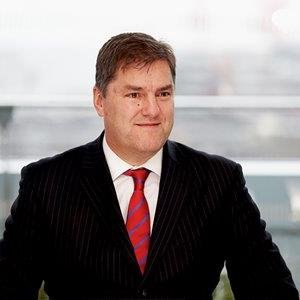 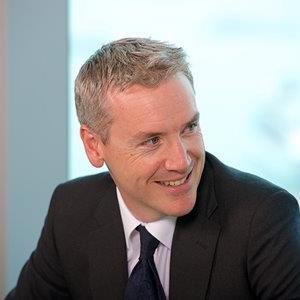