As the consequences of climate change increasingly manifest themselves, the business risks they pose are reaching into all sectors of the economy. For D&O insurers, the predicted issues of climate change-related liability will become a more pressing underwriting and claims-handling challenge.

According to Francis Kean of FINEX Willis Towers Watson, there are now over 1,300 cases arising from issues related to climate change in 28 countries, with the United States accounting for over 1,000 of these.  Although we’ve seen few such claims in the D&O context, that is poised to change. In August 2019, the Canadian Securities Administrators issued a staff notice clarifying and expanding on their guidelines for disclosures of material climate change-related risks. Securities litigation is already presenting itself as the likely source for more concerted claims targeting D&Os. Such rights of action are increasingly being tested in the US — see, for example, the Ramirez v. ExxonMobil Corporation shareholder class action in Texas.  Even in the absence of a significant impact on the company’s share price, claimants have sought recovery of damages allegedly caused to the company through derivative suits, such as the Von Colditz v. Woods et al. litigation also brought in Texas. Inevitably, these kinds of suits will make their way into Canadian courtrooms as well.

Claims are likely to come in many forms, targeting physical risks to company assets as well as transitional risks. Answering the challenges presented by climate risks will require skilled leadership to navigate the array of regulatory, reputational, and market challenges that come with the shift towards a low-carbon economy.  These difficulties are magnified for multi-national companies, which must keep abreast of evolving legal and regulatory environments in all the jurisdictions in which they operate.

The legal treatment of environmentally-related D&O liability is also actively changing. Following the Northstar Aerospace decision,[1] which treated remediation costs in insolvency proceedings as an unsecured claim, the Ontario Ministry of the Environment sought remediation costs of $15 million from Northstar’s former D&Os.[2] The case eventually settled for $4.75 million, paid by the D&Os personally. The Supreme Court’s 2019 decision in the Redwater matter[3] subsequently determined that bankruptcy cannot serve to shield a bankruptcy trustee from the environmental liabilities of the bankrupt company. The Northstar episode has brought greater clarity on liability to D&Os acting in high risk sectors.  While D&O insurers might attempt to rely on their pollution and BI/PD exclusions, in most cases the wording of those exclusions will not preclude coverage for derivative-type claims.

From a public policy standpoint, such scrutiny on D&Os will be seen to incentivize more responsible corporate behavior and greater action to address climate change. As the focus on climate change grows, we expect to see a growing wave of D&O claims and litigation, brought about by increased regulatory, legal, and societal scrutiny of D&O decisions as they grapple with physical risks to their company assets as well as the many emerging business risks inherent to an eventual shift away from a fossil-fuel based economy. For insurers, this will mean a greater demand for tailored D&O coverage. The challenge, however, lies in balancing the tolerance for underwriting unpredictable and volatile climate change risks against the inevitable market push for adequate protection. 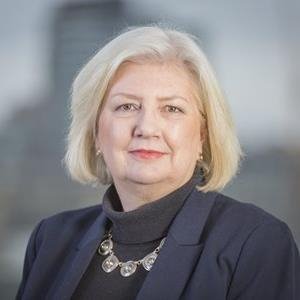