COVID-19 Healthcare: Is it likely that COVID-19 will ever become a "prescribed disease"?

Certain diseases considered to be occupational in nature are prescribed by law, meaning the sufferer is entitled to payment of benefits. Jason Bleasdale and Alexandra Dearn consider whether COVID-19 might become a 'prescribed disease'.

What is a prescribed disease?

Certain diseases considered to be occupational in nature are prescribed by law, meaning the sufferer is entitled to payment of benefits.  It is the responsibility of the Industrial Injuries Advisory Council (IIAC) to consider and make recommendations regarding what diseases should be prescribed.  It regularly undertakes consultations with clinicians and scientists and updates the list of prescribed diseases as medical knowledge progresses.

A disease or injury can only be prescribed when it is a risk arising from an occupation, and not a risk common to the population, therefore the IIAC will only recommend that a disease be prescribed if it presents a risk to a particular occupation or system of work.

Consequently, the prescription of a disease includes both the disease itself and occupational criteria that must be met in order to qualify.  This is an important point to note, as it can often be the case that, while an individual has a prescribed disease, they do not satisfy the occupational criteria.  For example, a radiologist diagnosed with leukemia will not qualify for benefits if they are unable to prove that the radiation dose received during the course of their work was sufficient to double their risk of developing the condition.

The occupational criteria exist because many of the prescribed diseases are common in the general population, meaning some workers would have developed the disease regardless of their occupation.  With this in mind, is it likely that COVID-19 will ever become a prescribed disease?

As things currently stand, the answer would appear to be 'no'.

Why are pandemics not prescribed?

If we consider two other recent pandemics, the H1N1 "swine flu" virus pandemic in 2009, and the current HIV/AIDS pandemic, neither have resulted in IIAC prescription.

COVID-19 is a form of severe acute respiratory syndrome (SARS), yet the SARS epidemic of 2003/2004 did not result in SARS becoming a prescribed disease.

There appear to be several reasons why those diseases at the centre of epidemics and pandemics have not been prescribed:

By contrast, the WHO advises that COVID-19 can be spread by breathing in droplets that have been expelled into the air by coughs and sneezes or by touching contaminated surfaces and then touching your eyes, nose or mouth.Current scientific evidence suggests the virus can survive on surfaces for several hours. Given the nature of transmission it would therefore be epidemiologically challenging to find the source of a transmitted case of COVID-19, even in health workers.The inability to identify the source of a disease would mean the IIAC would presently be hard pressed to draw up occupational criteria.

The Government's technical guidance on prescribed diseases and Industrial Injuries Disablement Benefits can be found here. 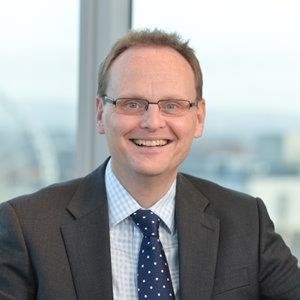