In Victorian personal injury claims involving breaches of OHS legislation, it is reasonably common to see employers and other third parties addressing WorkSafe investigations or prosecutions before personal injury claims are made.  So what impact does this have when non-employer companies make claims on their public liability insurance for the “worker to worker” injury claim that follows?  In these circumstances, insurers need to closely consider whether policy conditions have been complied with, including “reasonable precautions” conditions and “Australian Standards” conditions.

The recent decision of the Victorian Court of Appeal in Certain Underwriters at Lloyd's of London v Dhillon Scaffolding Pty Ltd [2022] VSCA 92 provides helpful guidance for insurers and claims managers regarding what “reasonable precautions” are. The judgement also considers what an insured must do to satisfy their onus that they have taken reasonable precautions.

The insured, Dhillon Scaffolding Pty Ltd (Insured), was a scaffolding company. In October 2015, an apprentice plumber was injured on scaffolding erected by the Insured when a piece of guttering he was carrying hit overhead powerlines. The apprentice brought a personal injury claim against the Insured. The Victorian WorkCover Authority also brought a recovery action.

The Insured was prosecuted by WorkSafe in relation to the incident.  The Insured pleaded guilty to a charge that it failed to ensure that a permit for the scaffold works had been obtained and that any scaffolding works in that zone were completed in accordance with such a permit.

The relevant sections of the Policy are as follows:

The insured at its own expense shall:

16.1.1 take all reasonable precautions to prevent Personal Injury or Property Damage and cease any activity which may give rise to liability under this Policy;

16.1.2 exercise care in the selection and supervision of employees;

16.1.3 as soon as possible after discovery cause any defect or danger to be made good or remedied and in the meantime shall cause such additional precautions to be taken as the circumstances require;

16.1.4 comply with all statutory requirements and other safety regulations imposed by any authority.

In addition, the Policy schedule included the following condition under the heading 'Conditions of Cover':

The Insured must comply with the Australian/New Zealand Guidelines AS/NZ 4576; 1995

The Insurer appealed on two grounds:

Were the Conditions Reasonable Precautions Clauses?

The Insurer's submissions focus on the fact that the Insured bore the onus of proof in establishing that it had complied with the conditions. At trial, the Insured's evidence was that he had left the permit issue to the site supervisor and the other scaffolding company working on the job site. For the Insured to establish that he had taken reasonable precautions required more than raising the issue with the site supervisor and leaving it with him.

The Insurer submitted that this showed that the Insured was indifferent to whether the danger of electric shock existed.

The Insured submitted the judge's finding of no recklessness was sufficient to prove that he had taken reasonable precautions. There was nothing more the Insured could have done in the circumstances than bring the issue to the attention of the site supervisor.

The Court followed the NSW Court of Appeal's decision in Booksan Pty Ltd v Wehbe [2006] NSWCA 3 that the NSW equivalent of s34 of the Victorian OHS Act prevents an insurer from relying on a breach of the OHS Act to avoid coverage under an insurance policy. Section 34 provides:

Nothing in this Part is to be construed as—

(a) conferring a right of action in civil proceedings in respect of a contravention of a provision of this Part; or

(c) affecting the extent (if any) to which a right of action arises, or civil proceedings may be taken, with respect to breaches of duties or obligations imposed by the regulations.

Although s34 does not prevent a defence based on the OHS legislation and regulations (regulations), the Court determined that it would be repugnant to the commercial purpose of the Policy to construe the cl16.1.4 as requiring absolute compliance with the regulations. Almost every finding of negligence in an industrial setting would also be considered a breach of the regulations. With respect to the schedule condition, the Court determined that requiring absolute compliance with a regulation, which is an informational rather than directive document, would not make any sense when considering the purpose of the Policy and, therefore, properly construed the obligation on the Insured was to take reasonable precautions to comply with the regulation. 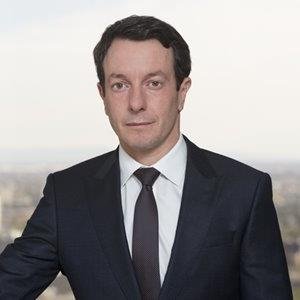