The 27th Conference of Parties (COP27) to the United Nations Framework Convention on Climate Change (UNFCCC) negotiating process will take place over the next couple of weeks in Sharm el Sheikh, Egypt between 6 – 18 November. This briefing paper provides a high-level explanation of the main themes of COP27, the legacy of COP26, the COP negotiating blocs and their aims, and COP27’s hoped-for successes.

At COP27, countries will come together to take action towards achieving the world’s collective climate goals, as agreed under the Paris Agreement and the UNFCCC. Building on the outcomes and momentum of COP26 in Glasgow last year, COP27 is expected to demonstrate a new era of implementation by nation states turning their commitments under the Paris Agreement into action.

Each year, the Conference of Parties gives member states and civil society organisations the opportunity to make representations on each article of the Paris Agreement, as well as on the development of mechanisms, alliances, working groups, processes, and rules arising thereunder, but this highly technical and focussed work does not always make headlines. To streamline each Conference and as a uniting call to action, the host nation typically announces key focus areas for the COP. This year, as President Party of COP27, Egypt’s four main negotiating themes for November are:

Uniting to limit global warming to well below 2C and work hard to keep the 1.5C target alive.

Making “adjustments in ecological, social, or economic systems” to respond to actual or projected impacts of climate change.

Ensuring there are resources available to pay for adaptation and mitigation programmes.

Ensuring that action and commitments are made collectively in the spirit of compromise.

While agreement on each of these themes is crucial to a successful COP27, observers and participants are clear that climate finance, including for loss and damage, will be the top negotiating priority. Developed countries have currently failed to implement their existing climate finance commitments and developing countries just do not currently have the resources to be able to grow both economically and sustainability without the significant investment.

Funding to address loss and damage (the inevitable losses incurred by countries resulting from climate change) will also play a key role in negotiations, with the G77 and China bloc continuing in their call for a dedicated loss and damage finance facility. Ultimately, delivering on climate finance will protect the wellbeing of those most at risk of climate change, and help developing countries grow sustainably.

This year, COP27 will take place against the backdrop of the Russian/Ukrainian war and global energy and cost of living crises. Despite this uncertainty, many countries and negotiating blocs have increased their commitments ahead of COP27. For example, India have updated their Nationally Determined Contribution (“NDC”), their emissions reductions target, and committed to meeting the 1.5C target agreed in Paris. With the COP being held in a developing country for the first time in 5 years, the world is looking for real action, concessions, and a restoration of trust at COP27.

COP 27 will build on the legacy of COP 26 in 2021 in Glasgow. Postponed from 2020 due to the Covid-19 pandemic, the media spotlight on COP26 defined it as the first opportunity in two years for nations to make meaningful progress towards climate commitments. For many, COP26 was seen as a “make or break” point. As such, COP26 brought together private finance and public bodies to work in partnership to operationalise Paris Agreement mechanisms and start the real action necessary to meet the Paris Agreement’s target of limiting global warming to 1.5C. COP26’s priorities were:

Significant progress was made at COP 26, for example in private sector commitments on climate finance and in the agreement of structural rules for implementing the Paris Agreement. Although the Glasgow Climate Pact contained, for the first time, important references to phasing down coal, Indigenous peoples’ rights, and the important role of nature-based solutions, the overall consensus is that real progress fell below the necessary levels. Areas that remain of concern at COP 27 are:

Although member countries of the UNFCCC are typically represented individually at the COP events, likeminded countries also strengthen their positions by joining negotiating blocs. Membership of a bloc is not exclusive, and countries may join different blocs depending on the issue under discussion. Some of these blocs and their respective aims are listed below:

This group consists of developed countries and some middle-income countries. Its goals are:

The European Union often votes as part of this group, but also negotiates separately.

The G-77 and China includes all developing countries. While it doesn’t possess a consistent agenda it is particularly influential in votes on climate finance and loss and damage.

This group includes all 48 countries defined by the UN as Least Developed Countries. It seeks:

While voting as part of the G-77 and China bloc, the LDC Group often takes positions contrary to those of emerging economies and oil-exporting countries.

These groups were formed by developing countries (including China, India and Brazil and some oil-exporting nations) looking to resist pressure on curbing their emissions, and to campaign for greater climate finance contributions from developed countries.

These groups, especially vulnerable to climate change, were integral in creating the 1.5C goal in Paris and have pushed with the EU for stronger emissions-reduction action by all countries.

This is a group of developing countries from across Asia, Africa and the Americas. It demands emerging economies take a larger share of GHG emission-reduction commitments.

This group includes countries from the Umbrella, LDC and SIDS groups. It proposes innovations to improve the UNFCCC process and commitments from all States to reduce GHG reductions.

Success at COP 27 will be measured against the main themes of mitigation, adaptation, finance, and collaboration. Inevitably, success will be viewed subjectively, depending on the aims of participating nations and their negotiating blocs. Generally, however, there are clear areas where progress is needed and can be made:

While progress on mitigation was made last year, especially around the emissions reduction framework, commitments to and proof of progress on meeting existing NDCs would be a real success, including implementation of the Paris Rulebook underpinning the Paris Agreement.

Africa, the host continent for COP27, faces a disproportionate share of climate change harms, but all countries are facing greater risks of damage. Success on adaptation at COP27 would therefore see joined-up action across negotiating blocs on the implementation of the Global Goal on Adaptation (GGA).

For some developing countries, an agreement on the place of loss and damage in the UNFCCC process is the fundamental goal of COP27. The G-77 and China will fight from the beginning for loss and damage to be given serious attention on the agenda and a successful COP27 would see loss and damage addressed in the negotiations without derailing progress elsewhere.

Underpinning everything at COP27 will be a demand for greater levels of sustainable climate finance. Mitigation and adaptation efforts cannot take place, in developed or developing countries, without this finance and real progress on establishing a climate finance facility and meeting existing finance commitments would be a real and lasting COP27 success. 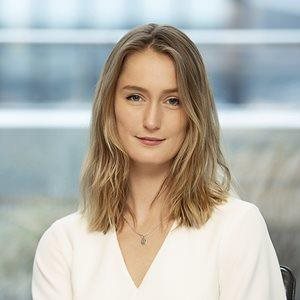