On 4 November 2022 the Supreme Court of Appeal (“the SCA”) delivered a judgment in the matter of Slabbert No & 3 Others v Ma-Afrika Hotels (Pty) Ltd t/a Rivierbos Guest House (“the judgment”) which deals with the non-payment of rental during the COVID-19 pandemic, and the validity of a cancellation of a lease agreement consequent thereon. A copy of the judgment can be accessed here.

Ma-Afrika Hotels (Pty) Ltd (“the respondent”) was the lessee of a property in Stellenbosch (“the property”) owned by the Venezia Trust (of which Slabbert and three others were the joint trustees) (“the appellant”). The respondent used the property for its guesthouse operations.

the respondent was required to pay monthly rental “without any deduction or setoff (for any reason whatsoever)” (“the payment clause”); and

Consequent on the national lockdown as detailed in the regulations promulgated under the Disaster Management Act 57 of 2002 (“the COVID-19 restrictions”), the respondent was not able to operate its guesthouse from the property as from midnight 26 March 2020 until 18 August 2020, when Alert Level 2 was introduced and guesthouse operations were permitted. The respondent also failed to pay the rental from 1 March 2020. Based on this failure and on 7 December 2020, the appellant issued a notice of cancellation of the lease agreement in terms of the cancellation clause.

Following failed discussions between the parties to reach anamicable resolution of the matter, the appellant launched an urgent application in the High Court seeking an order (i) evicting the respondent from the property (with costs), and (ii) declaring the respondent liable for the arrear rentals and interest and costs thereon. In opposing this application, the respondent contended that based on the COVID-19 restrictions, and its absolute or partial inability to trade, it had no rental obligation towards the appellant for the months of April to August 2020, and that the appellant was not entitled to cancel the lease agreement.

The High Court granted leave to appeal to the appellant insofar as the decision on the eviction order is concerned and granted the respondent leave to cross-appeal the order directing it to pay the arrear rentals with interest thereon.

The parties agreed that the High Court misdirected itself insofar as the consideration of the arrear rentals is concerned, and this issue was to be remitted back to the High Court for adjudication. The issue that the SCA was tasked to determine was therefore only whether the High Court erred in dismissing the application for eviction and whether the appellant was entitled to cancel the lease agreement.

Assessment and finding of the SCA

The SCA stated that it was not necessary to determine whether the COVID-19 restrictions constituted an event of supervening impossibility of performance that discharged the respondent from liability to pay the full rental. The question was whether the fact that rental was not paid entitled the appellant to cancel the lease agreement and evict the respondent from the property.

Notably however, the SCA did make the following key comment in paragraph 25 of the judgment insofar as supervening impossibility and the COVID-19 restrictions are concerned:

“even if it were to be accepted in the respondent’s favour that the Covid-19 regulations which prevented or restricted trade were behind the respondent’s default in the payment of rental, there was no justification for such default beyond 20 September 2020 despite the diminished commercial ability that may have resulted from the Covid 19 pandemic. As I see it, the doctrine of supervening impossibility could not conceivably have been triggered beyond 20 September 2020.”

Turning to the issue of the eviction, the SCA focused on the express terms of the cancellation clause as well as the context and purpose thereof in order to determine whether same was correctly relied upon by the appellant in the circumstances. To this end, the SCA stated that the terms of the lease agreement were clear in entitling the appellant to invoke the cancellation clause on non-payment of the rental, and that it would be untenable to relax the maxim pacta sunt servunda (sanctity of contract) as this would be tantamount to the court making the agreement for the parties in circumstances where the terms of the lease agreement were not unclear or ambiguous.

Finding of the SCA

The SCA found that the lease agreement was validly cancelled by the appellant on the basis that the respondent failed to pay the rental on the agreed date and it was therefore, in accordance with the cancellation clause, entitled to evict the respondent from the property.

As set out above, the SCA declined to decide whether the COVID-19 restrictions constituted an event of supervening impossibility which discharged the respondent from its liability to pay the full rental, and remitted this issue back to the High Court for adjudication.

The judgment highlights the importance of express contractual terms and demonstrates an inclination by our courts to uphold the principle of sanctity of contract and avoid rewriting an agreement for parties where the terms are clear and unambiguous.

While the SCA expressly declined to make a finding on whether the COVID-19 restrictions constituted an event of supervening impossibility which would entitle a lessee to a remission of rent, the comment made in paragraph 25 as quoted above provides some guidance on how this issue will be interpreted, namely that where allowed for in a lease agreement, there may be a remission of rental only for the period that any trade was in fact prohibited, and a diminished commercial ability does not translate to a valid justification for a remission of rent. This accords with the findings of the High Court in previous cases on this issue. Our insights into theses case can be accessed here.

The question of remission of rental is a key consideration for insurers that have underwritten business interruption insurance on a gross rental basis of indemnification, where there is a requirement for the rental paid or payable during the indemnity period to fall short of the standard gross rental figure. While the respective insurance policies and lease agreements would need to be carefully scrutinised on a case-by-case basis, the commentary in this judgment as well as the findings in previous High Court judgments on this topic offer guidance on the potential application of the doctrine of supervening impossibility in respect of:

For more information regarding this judgment and its impact, as well as any of the previous judgments on this topic as aforementioned, please contact us. 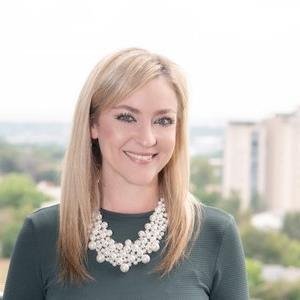 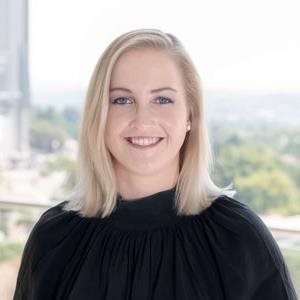