Can you still enforce awards in Spain that have been set aside?

This is the fifth and final article in Clyde & Co’s international arbitration series covering the possibility of enforcing arbitral awards that have been set aside by a court in the seat of arbitration. In this piece, Javier Hernández Valenciano from our Madrid office provides the Spanish law perspective in advance of the Madrid Arbitration Open which is running next week.

The recognition and enforcement of foreign arbitration awards in Spain are governed by the Convention on the Recognition and Enforcement of Foreign Arbitral Awards 1958  (‘NYC’). The Spanish courts have repeatedly held that the exequatur procedure has a mere ‘homologating’ purpose[1], in line with the enforcement-friendly approach of the NYC.

Nevertheless, the Spanish courts have maintained an ambiguous stance with respect to the scope and extent of the ground of refusal of Article V.1[2] of the NYC and the effect of the ‘more favourable’ principle. No Spanish court has enforced a foreign award that has been set aside in the state of origin, and the possibility of obtaining the exequatur in that situation has not been properly addressed by the Spanish courts.

That said, many legal voices argue that it is theoretically possible to enforce foreign arbitral awards in Spain which have been set aside in the state of origin, not only based on the literal wording of the NYC, but also on the Spanish arbitration system and a wide interpretation of the current case law.

Indeed, the Spanish arbitration system, mainly contained in the Arbitration Act (Act 60/2003, the ‘SAA’) which follows the 1985 UNCITRAL Model Law on International Commercial Arbitration (‘UNCITRAL Model Law’), emerged as an international-oriented system with a clear aim of protecting the autonomy and independence of arbitration and the binding character and effectiveness of the decisions issued by arbitral tribunals from external judicial inferences. This idea has been reinforced by Spanish case law which has stated on several occasions that there should be no kind of further control similar to a reinstated mechanism of ‘double exequatur’.

The Spanish case law on the ground for refusal of Art. V.1 (e) of the NYC has revolved around two questions: (a) what is the authority of the judge in relation to the grounds for refusal and the possibility of granting the award for ‘more convenient reasons’, and (b) the ‘binding character’ of an award for the parties.

The Decision of the High Court of Murcia dated 12 April 2019[3] held that the court has the ‘authority’, but no ‘obligation’, to refuse exequatur for any of the grounds of refusal of Art. V.1 of the NYC, including the ground for refusal of Art. V.1 (e).  Additionally, the authority of the Spanish court must be admitted with respect to the exequatur, otherwise, a foreign annulment decision will be effective erga omnes despite the groundings by which the award was set aside in the first place. The legal doctrine has added that the Spanish court should consider whether the decision to set aside the award was consistent with the Spanish legal system.[4]

In cases where Art. V.1 (e) of the NYC for refusing enforcement has been argued, the Spanish courts have held that the award must have been effectively set aside if enforcement is to be refused. Merely initiating the setting aside process does not constitute a valid ground.

The Spanish Supreme Court, in a judgment on 20 July 2004, established that the binding character of the award cannot depend on the law of the state of origin. Likewise, the High Court of Catalonia reasoned in its decision dated 127/2011, 17 November 2011 that the binding character of the award is presumed from the date the award is issued. An award that is validly issued, meeting all the legal requirements, is binding for the parties. The concept of a ‘firm judgment’ - or appeal - contained in the Spanish Civil Procedure Act cannot be argued under the NYC. It is not possible to argue that an award is not binding because there is a pending action to set aside the award in the state of origin.

Although there is much academic debate on this issue, there is a degree of consensus that a Spanish court might in practice be able to order enforcement of a foreign award that has been set aside under the lex arbitri, if the grounds on which the award was set aside constitute a breach of the Spanish constitutional principles and values and are blatantly against the Spanish public policy. An example of this would be an award having been set aside on the basis of discrimination in relation to the arbitral tribunal or the parties.

Nevertheless, there are a few legal commentators who reject outright the possibility of enforcing a foreign award in Spain if it has been set aside in the state of origin.

The key point is that the effect of Art. 46 SAA is that the NYC is part of Spanish domestic law and thus directly applicable.  It is therefore far from clear whether a Spanish court can rely on the provisions of the SAA which reflect the principles of the Law Model and the case law resulting from it, or on the ‘more favourable law principle’ as per Art. VII of the NYC, when considering any of the grounds for refusal of Article V.1 of the NYC.

The SAA only dedicates one article (Art. 46 SAA[5]) to the exequatur of foreign arbitral awards, and this sets that the exequatur of the foreign awards will be directly governed by the NYC, regardless of any other international Conventions which may be more favourable to enforcement and subject to the proceedings for the recognition of the civil procedure for the enforcement of decisions issued by foreign courts. If we make this assumption, only an international Convention such as the Geneva Convention 1961[6], and not a piece of Spanish national law, can be used to apply the concept of the ‘more favourable’ principle. A Spanish internal law cannot apply subsidiarily because there is no legal vacuum in the NYC, which provides a comprehensive system that does not need to be completed.

There is also controversary in Spain concerning the question of whether or not the literal wording of Art. V – and the use of the word ‘podrá’ to translate ‘may’- gives the judge the discretion for the interpretation of the cause to refuse Art. V to grant the exequatur based on a more ‘favourable principle’.

In our view, the most recent Spanish case law confirms the ‘homologating’ purpose of the exequatur and the authority of the Spanish court over the grounds for refusal. In this context, we see it as theoretically possible, but difficult in practice, for a Spanish court to enforce a foreign award that has been set aside under the lex arbitri. It remains to be seen what reasons a Spanish court would provide to justify ordering or refusing enforcement of such an award in these circumstances.

[2] Article V.1. Recognition and enforcement of the award may be refused, at the request of the party against whom it is invoked, only if that party furnishes to the competent authority where the recognition and enforcement is sought, proof that: (e) The award has not yet become binding on the parties, or has been set aside or suspended by a competent authority of the country in which, or under the law of which, that award was made.

[5] Art 46.1 SAA provides that it is considered a foreign arbitral award any award issued out of the Spanish territory- in the sense of the law of the seat- so in practice the provisions of the SAA are only applicable to arbitrations seated in Spain either international or domestic. 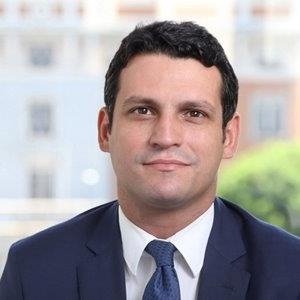