In July 2021, mobile money transfer levies were introduced by the Tanzanian Government as a new strategy for collecting revenue in an effort to raise an estimated TZS 1.254 trillion for the financial year 2021/2022. These measures were implemented through the amendment of the National Payment Systems Act No. 4 of 2015 (the NPS Act) and the enactment of the National Payment Systems (Electronic Mobile Money Transfer and Withdrawal Transaction Levy) Regulations GN No. 496A of 2021(the Levy Regulations 2021).

The Levy Regulations 2021 were subsequently amended so as to reduce the levy rates in response to heavy opposition from the general public. The reduced rates were given effect by the National Payment Systems (Electronic Mobile Money Transfer and Withdrawal Transactions Levy) (Amendment) Regulations GN No. 642A of 2021 (the Levy Amendment Regulations 2021).

Further changes to the mobile money levy regime have since been introduced in the financial year 2022/2023. The Parliament amended section 46A of the NPS Act through the Finance Act No. 5 of 2022 and enacted the National Payment Systems (Electronic Money Transaction Levy) Regulations GN No. 478V of 2022 (the New Regulations).

Section 46A now reads as follows:

“(1) There is established a levy to be charged on mobile money transfer transaction at a rate ranging from 10 to 4,000 Tanzanian Shillings.

(2) The Minister [for Finance] shall, after consultation with the Minister responsible for communication, make regulations prescribing the manner and modality under which the levy on mobile money transfer transactions may be collected and accounted for.

(3) The provisions of this section shall not apply to transactions involving payment of salaries by employers.”

These changes came into effect on 1 July 2022 and repealed the Levy Regulations 2021. The New Regulations form part of a solidarity funding plan which aims to accumulate almost TZS 30 trillion to finance various national development projects.

Key changes to the Levy

Section 46A of the NPS Act has been amended to reduce the maximum amount of the levy, which was initially set at TZS 10,000 by the Finance Act No. 3 of 2021 and thereafter, amended to TZS 7,000 by the Levy Amendment Regulations 2021. It has now been reduced to TZS 4,000 for an electronic money transaction of TZS 3,000,0001 and above, which is a 43% decrease from the latter. It also excludes transactions involving the payment of salaries by employers from the levy.

Under the New Regulations, the levies are payable by “users” of electronic money and collected by the relevant bank, financial institution or electronic money issuer. A “user” is defined as a person who “transfers” or “withdraws” money electronically or over the counter other than the Government, merchant or business.

The New Regulations have redefined the terms “transfer”, “user” and “withdrawal” as compared to the Levy Regulations 2021 so as to clearly define the scope of the levy.

Regulation 3 of the New Regulations defines “transfer” as transactions from:

Previously, in the Levy Regulations 2021, a “transfer” only included the transactions in paragraphs (a)-(c) above. Now it extends to transactions between a user’s bank account to a user’s mobile money account.

Additionally, the New Regulations now exclude the Government, merchants and businesses from the definition of “user”, meaning such entities are exempt from the imposition of the electronic mobile money levy. This was not the case under the Levy Regulations 2021. “Business” is defined as an undertaking by a person contracted by a collector for collection or disbursement of payments or float distribution services and “merchant” as a special account designated by a collector and operated by a person through which payment is received from a user for sale[s] of goods or services. Please note that the New Regulations have not defined float distribution services.

Furthermore, regulation 7(2) of the New Regulations now imposes the obligation on collectors in mainland Tanzania to remit the levy collected from electronic money transactions made in Tanzania Zanzibar, to the Zanzibar Revenue Board within seven (7) days of the month following the month to which the levy was collected.

Reaction to the New Regulations

The New Regulations were not positively received by the general public upon its enactment. In response to the backlash against the electronic money transaction levies, the Minister for Finance stated that the Government has appointed a team of experts to comprehensively analyse the controversial levies. In the interim, the Government will continue charging the levies on electronic money transfers and other taxes. However, it was stated that changes will be implemented which take into consideration recommendations and interests of Tanzanians.

After taking into consideration the interests of Tanzanians, the Government announced in Parliament on 20 September 2022 the cancellation of levies for the following transactions:

In addition, the Government waived transaction fees on withdrawal of cash through bank agents and ATMs for transactions with a value not exceeding TZS 30,000. 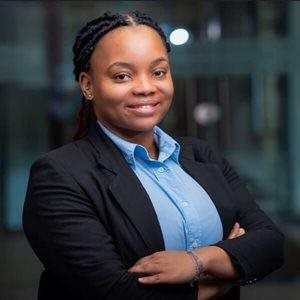